Neighbors without homes after flood evacuations 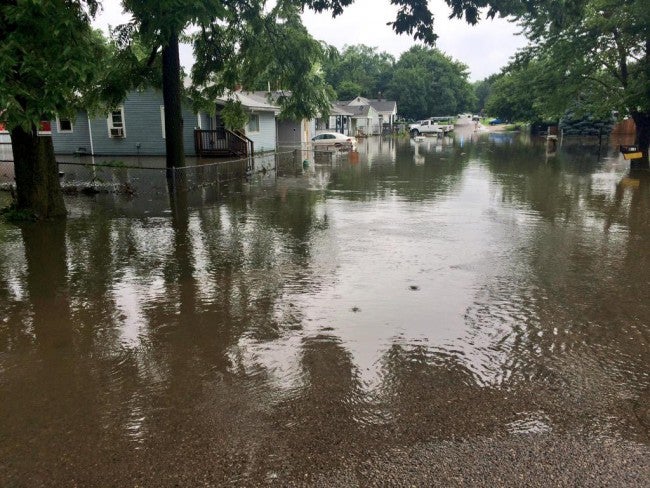 INDIANAPOLIS (WISH) — Water rose quickly in the neighborhood north of Biltmore and Washington in West Indianapolis.

Fire crews brought four rescue boats to help get 15 people out of their homes.

“The water was over my husband’s shoulders inside,” neighbor Myrna Delgadillo said.

“16 years ago we lost everything we owned and I had to move out of my house for nine months and had my house rebuilt,” she said.

Now without insurance, this day became a nightmare.

“And now it’s destroyed everything. I’ve got nowhere to go, I’ve got nothing left,” she said.

“And it really got into the house, damaged all the carpet, all the woodwork,” he said.

Tuesday he left for dinner and came back to a home filled with water.

He and his dog Max were rescued by fire crews.

But without insurance, he’s hoping damage isn’t as bad as last time.

“I’m not sure yet, we’ll have to see what happens when we get back into the house,” he said.

It’s also a wait and see game for Thomas McCall whose house was damaged.

“They said we won’t be able to go to our house for at least 24 hours so they gave us a hotel to go stay in,” he said.

He expected some rain water, but nothing to this extent.

In that neighborhood people are asked to go to Fire Station 82 for help.