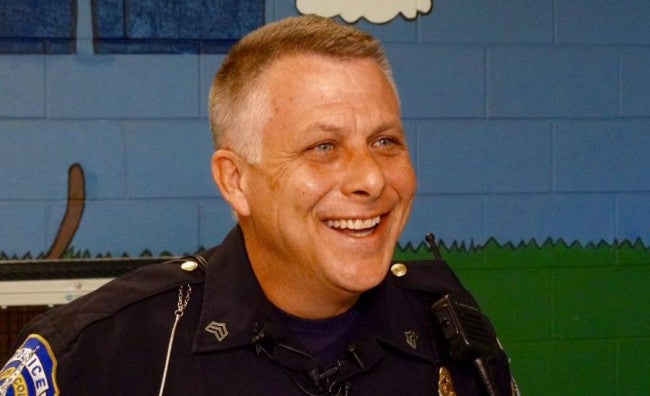 Dodd is the 11th director in just 12 years. He’s filling in until a permanent replacement is found. The last person held the position for only four months. City officials said Dennis Papenmeier resigned for personal reasons after an internal investigation. They would not state the reasoning for the investigation.

Dodd plans to bring his street experience to the pound.

Cute little kittens and dogs are much softer suspects than what Dodd is used to.

“I had a lot of people arrested. They’re drunk. They’re bleeding. They’re crying. They want to fight,” said Dodd.

Dodd said it’s that experience that makes him ideal for his new position.

“That experience there really jump started my people skills, where I was able to handle tough situations, and come to wonderful resolutions,” said Dodd.

Dodd, is also an animal lover, “I got two dogs, two cats. In the back pond, I got a family of muskrats, two ducks and a turtle that sits on the log.”

You may recall a story we aired back in March. Sgt Dodd rescued a cat from oncoming traffic on I-465. It’s his love for animals that encourages him to make the facility better.

“What is Animal Care and Control? That’s the thing I’m going to improve on and the message I’m going to get out the most. That’s the genuine truth – it’s C-A-R-E,” said Dodd.

According to Dodd, the number of animals either adopted or sent to rescues from ACC over the past three years went from less than 50 percent to more than 70, and the shelter just received $500,000 in funding.

“We got four new officers starting next week. We got a wonderful veterinarian. She learned her skill and trade down in Houston. She’s got two assistants. so we’re headed in the right direction,” said Dodd.

Sgt. Dodd is a 28-year veteran of the police force for the Indianapolis Metropolitan Police Department. He said he would maintain his position on IMPD, but his focus while now be at the shelter. When asked if he’d move to ACC permanently, Dodd said, “Time will tell.”