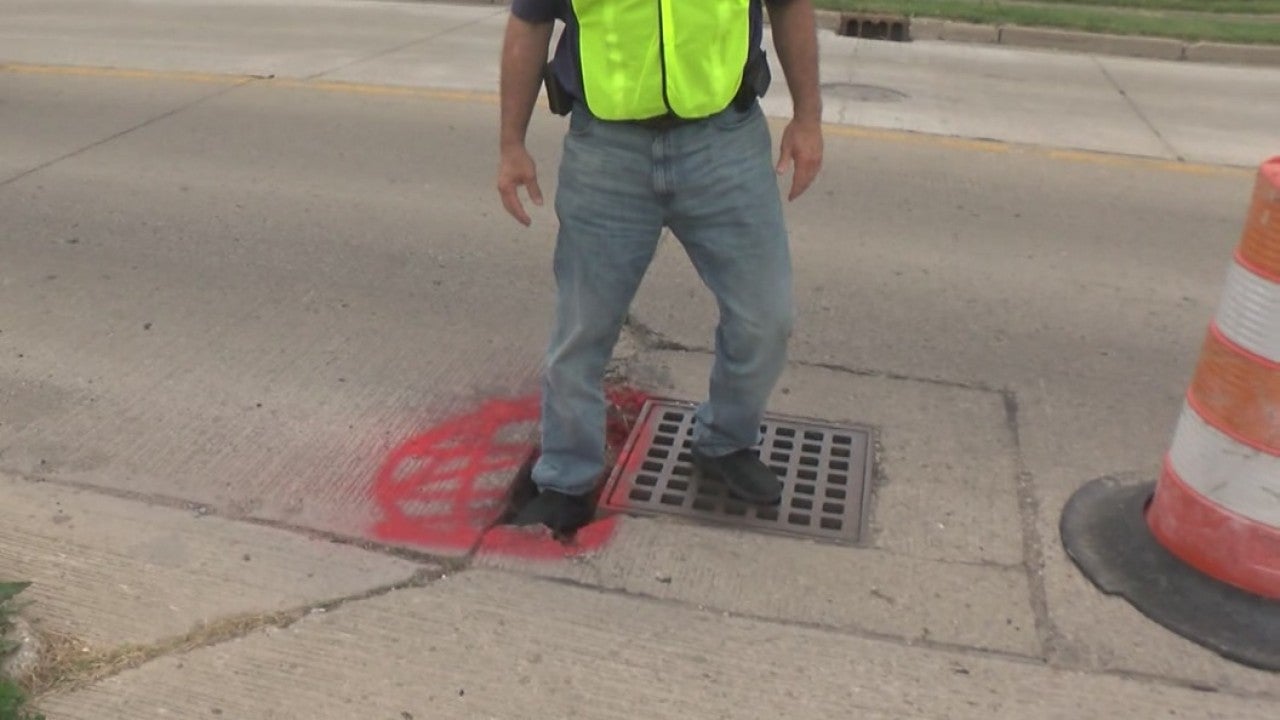 The mayor says he’s grown frustrated by the quality of the work and what he perceives as a lack of communication from the Indiana Department of Transportation.

York said some finished parts of the project are already falling apart. He pointed out a broken off piece of a curb that had been repaved during the work.

“I don’t know if somebody ran over it,” York said.

A letter the city addressed to INDOT Monday reads, in part, “broken storm drains, cracked concrete, large holes in the road, take away any sense that this was a successful effort.”

The state department has not yet fixed some damaged parts of State Road 38, York said; he expected the road project to be completed last November.

The project closed downtown roads last year and hampered his city’s economy, according to York. He said he has asked INDOT for a walk-through, but they have not granted his request.

“It feels like everything we say, it falls on deaf ears,” York said.

Christopher Myers, a spokesperson for INDOT, said he has not seen York’s walk-through request but that the department is willing to arrange the walk-through and to work with the city.

Myers is asking people to report any issues they see to INDOT.

The state is working with contractors to finish the job, Myers said.

York said he is concerned that the design of some new sidewalks could be unsafe for people with disabilities.

Myers said he expects the work to be complete some time this year.