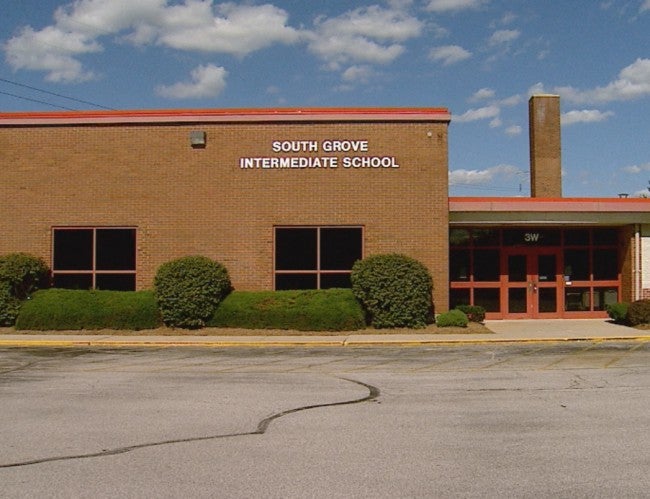 According to school officials, the thieves broke windows overnight to get inside both Beech Grove Middle School and South Grove Intermediate.

There is surveillance video of the thieves, and authorities say they knew exactly where to go when they stole about 45 new Chromebooks.

Several leads have come in so far, so school officials say it won’t be long before they identify suspects.

Aside from video footage, police say one of the thieves left blood at the scene.

The missing computers have been a bit of a challenge for the schools, because students no longer have textbooks. They now rely solely on the Chromebooks for their curriculum.

“Unfortunately our students in the classrooms are a couple of days without them,” said Beech Grove City Schools Superintendent Paul Kaiser. “Until we can get new ones ordered and replace them. So, it’s unfortunate they took away some educational opportunities from their fellow students.”

The Chromebooks cost about $350.

The school system is already ordering new ones.

Kaiser says there is no concern about a breach of privacy though, because he says thieves can’t access any of the information on the Chromebooks because it’s all stored in the cloud.