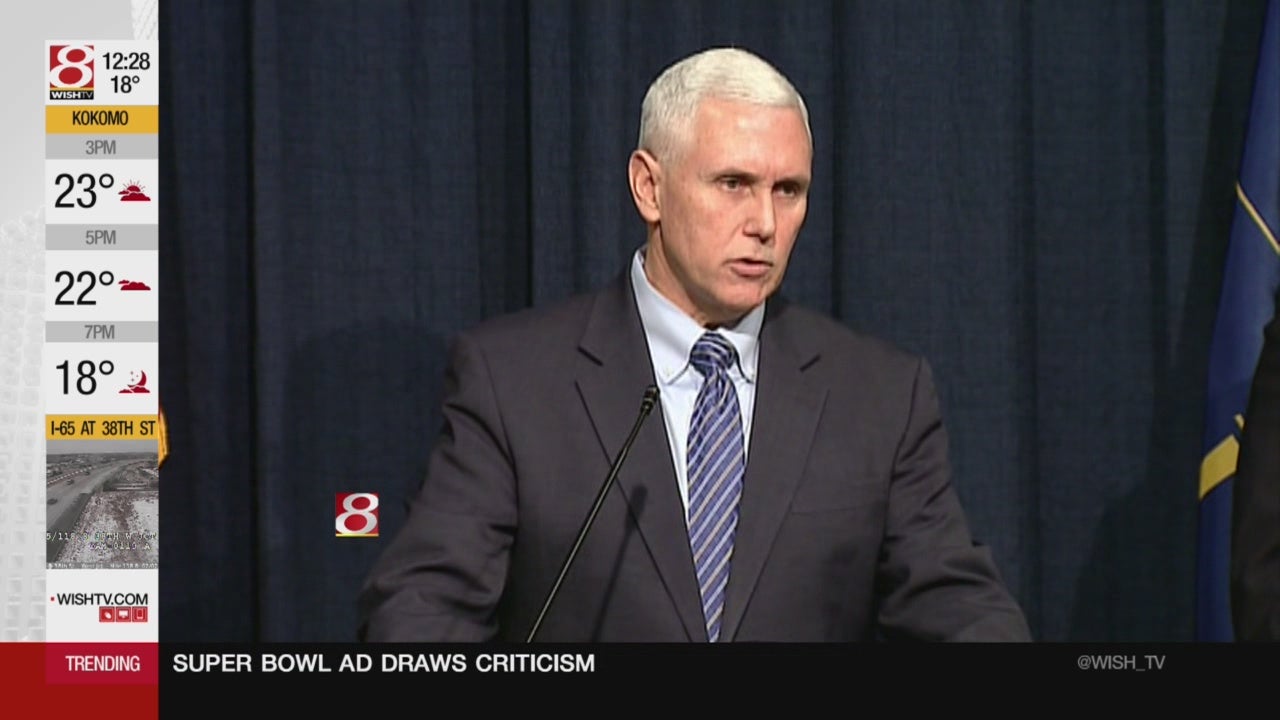 INDIANAPOLIS (WISH) – For the third time in as many years, Indiana’s Bureau of Motor Vehicles has a new commissioner. The change comes as yet another set of overcharging problems was announced at the agency Monday.

The latest overcharges, announced by Gov. Mike Pence at a hastily assembled news conference Monday, add up to about $2 million. Approximately 29,000 Hoosier drivers were overcharged, the agency said in a news release Monday.

The largest set of overcharges revolves around “reinstatement fees” paid by drivers accused of driving without insurance who later proved they did have insurance coverage at the time.

The overcharges were identified by independent auditing firm BKD Consulting, which was hired by the BMV in September to audit the agency’s financial structure, including the computer system responsible for $29 million in excise tax overcharges announced in September 2014.

In that case, the BMV admitted it had misclassified some 180,000 vehicles since 2004, causing excise taxes to be improperly calculated. Refunds to those drivers were then also calculated incorrectly, causing the agency to ask thousands of drivers to return a portion of the money they had been refunded.

The BMV’s financial problems began following a series of I-Team 8 investigations in 2012, including one that identified new questions over whether a number of fees were being charged at rates higher than allowed by state law.

That finding followed an admission from the agency the prior month that it had been overcharging many drivers for operators licenses since 2007. Those drivers were issued small refunds as part of a separate $30 million settlement.

A second, ongoing class action lawsuit alleges that the BMV is also responsible for additional overcharges on everything from vehicle registrations to motorcycle endorsements, personalized license plate fees and chauffeurs licenses. A hearing scheduled for Monday in that case was changed to an attorneys only status conference.

Pence also noted that BKD’s intial audit findings uncovered approximately $13 million in undercharges at the agency. A BMV tweet later clarified that the undercharges represent $13 million annually, for a total of $78 million undercharged over the last six years.

The BMV will not seek to recoup that money from drivers, Pence said Monday.

“The State Treasury does take a hit from this,” he said. “But, let me be clear: this administration will not pursue (that money).”

Following the announcement of the latest round of financial miscalculations at the agency, Pence also announced a change at the top. Current Commissioner Don Snemis, appointed by Pence shortly after he took office, will be replaced by Kent Abernathy.

Pence was quick to praise Snemis as “one of the most accomplished attorneys in Indiana,” and said he had made great strides in “righting the ship” in the recently maligned agency.

“Since becoming commissioner, he knows my aim has been simple: make the back office work as well as the front office,” Pence said.

Snemis will be reassigned to serve as special counsel for program integrity at the Indiana Family and Social Services Administration, Pence announced.

Abernathy moves to the BMV from the Indiana Department of Environmental Management, where he has served as chief of staff since 2010. Prior to that, Abernathy served as interim director of the U.S. Central Command (CENTCOM) Washington Liason office, and held leadership positions in the Pentagon and while on active duty in Iraq. He has also held business positions as vice president of National City Bank and vice president of Bank One, according to the governor’s office.

He begins as commissioner on Feb. 12.

The outside audit by BKD that was scheduled to be completed in October 2015 will now be complete by May 1, Pence announced Monday. The results of the full audit will be made public, he said.

Watch for the latest on this developing story on 24-Hour News 8 at 5 p.m.