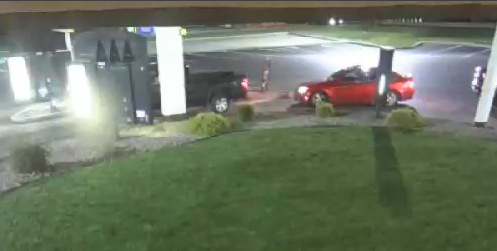 INDIANAPOLIS Ind. (WISH) – We have new details about a deadly shooting at a fast food restaurant in southern Indiana over the weekend.

Police say 25-year-old Justin Lampkins of Bloomington was shot in the early morning hours of Sunday at a McDonald’s drive-thru. He had served four years in the Marines.

Police say 22-year-old Evan Schaffer of Orleans has been taken into custody and preliminarily charged with murder.

According to the Bedford Police Department, officers arrived at the McDonald’s around 1:30 a.m. Sunday for a fight. Witnesses told police the suspect’s car sped off. Officers quickly found the vehicle, and Schaffer was taken into custody.

Police say they found Lampkins wounded on the ground near the drive-thru lane. He later died at a Bedford hospital from his injuries.

Family members have posted their account of what happened on Facebook. Lampkins’ sister says it started when someone honked their horn at Schaffer in the drive-thru line. She says Schaffer got out to confront someone and the encounter ended with a fight and her brother being shot in the chest.

Police have not confirmed these details, and say they’re still investigating the incident.Join the conversation on Facebook.