New development in Fountain Square to be anchor for neighborhood 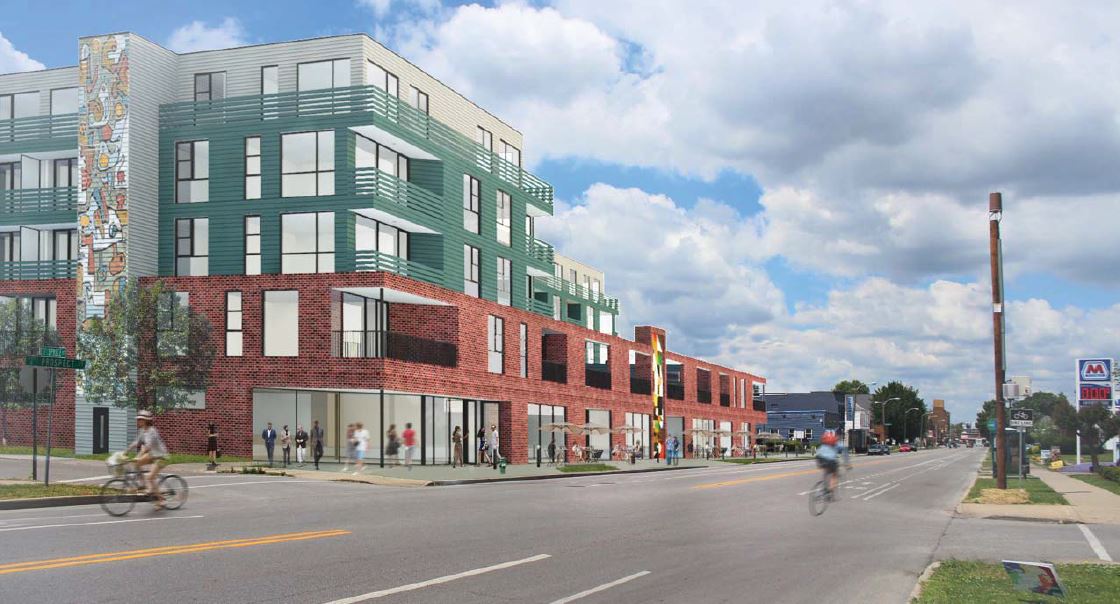 INDIANAPOLIS (WISH) – Developers say a new project coming soon to Fountain Square could be a game-changer.  The developer says it will serve as an anchor for the entire neighborhood.

“People are moving here to Fountain Square because it has access. It’s convenient; it has art; it has restaurants; it’s walkable; it has history; it has a future,” said Carter Jackson, the principal at Jackson Development, when asked why he chose Fountain Square.

The five-story mixed-use building will be built at the corner of Prospect and Spruce streets.

“This, I think, will bring about more substantial investment from the Fountain this direction on East Prospect, and it will also help bring it sooner,” Jackson explained.

While much of the neighborhood has redeveloped in recent years, the southeast part hasn’t. The project will have 94 apartments and will also be 8,500 square feet of commercial space.

“Right now we have a lot of folks that come down on a casual basis to enjoy the fine dining and bars and so forth and that’s just great, but we need more folks living down here,” said Paul Smith, the president of Southeast Neighborhood Development Inc.

Ten percent of the apartments will be affordable, and 23 new jobs will be created.

But the president of the Fountain Square Neighborhood Association says she’s getting mixed reviews.

But for Katie White, who lives directly behind the development site, she says she’s good with it.

“It’ll look a little nicer, it’s a little bit of an eyesore right now. [It will] bring the look of the neighborhood up a little bit more,” White said.

There are two businesses already on the property. They will have to move.

The co-owner of Lulo’s Tire Shop is also looking forward to it.

Jackson Development still needs to have the property rezoned. And the project needs City-County Council approval.