New laws going into effect on first day of 2015 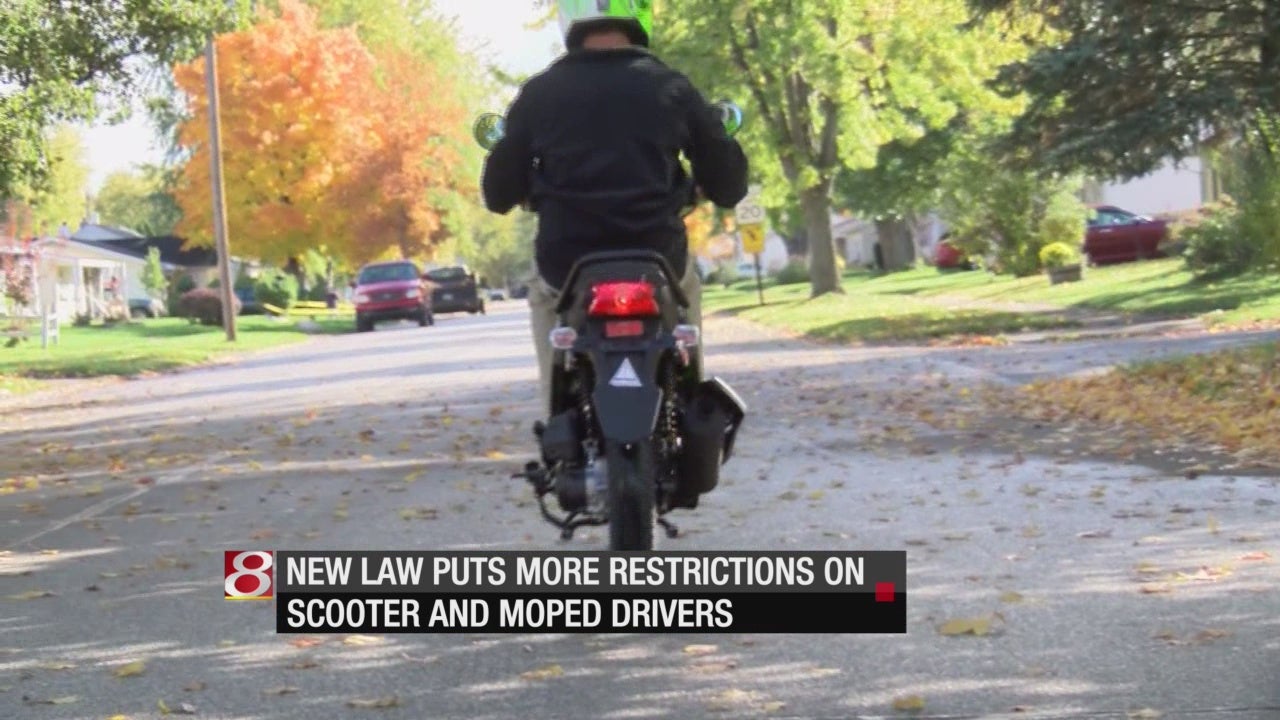 INDIANAPOLIS (WISH) – It’s a new year and that means several new laws. Two of the biggest changes of 2015 will impact drivers.

Starting Thursday, low-powered scooters will have to be registered. Until now, driving low-speed mopeds or scooters has largely been unregulated. Now in order to ride a 50 cc or smaller scooter, riders will now need to be at least 15 years old, register for plates and have a state ID. If riders don’t have a driver’s license or learner’s permit, they’ll need to go to the BMV and take a skills test to get a special credential.

The BMV said the new law aims to keep better track of mopeds and scooters, especially when they’re stolen or involved in a wreck.

“By registering mopeds, this should help law enforcement when it comes to auto accidents. These mopeds happen to be targets of theft. So this should be able to cut down on theft now that the law enforcement can more easily track them,” said Josh Gillespie with the BMV.

Several scooter owners say they’re in support of this law, because scooter theft has been such a big problem. The speed limit for 50 ccs will also be raised from 25 to 35 miles per hour.

Indiana State Police will give scooter owners a one-month grace period before they start writing tickets for unregistered bikes.

For more details about the new law and scooter requirements click here.

Another new law going into effect Thursday will allow judges to determine if suspended drivers should be given special privileges to drive. The law aims to reduce the burden on the court system and create fairer punishments for drivers who break the law.

“Right now, in Indiana we simply have too many people that are driving without a license driving while suspended. Oftentimes in many communities it’s the number one criminal offense filed because we have so many people driving without a license and as a consequence, no insurance,” said David Powell with the Indiana Prosecuting Attorneys Council.If granted, the privileges must be in place for six months.The drivers will have specific restrictions. They’ll be able do to things like go to work, go get medical care, and take care of their kids. The court has discretion to mandate any other conditions of the specialized driving privileges. Supporters of this law say this will cut back on people driving without a license with they get suspended, which tends to create bigger problems.

“Unfortunately they’re back on the streets anyway. They’re just driving without any license, and no insurance. The idea is we don’t want people to be involved in an accident and hurt other folks and have no insurance to cover that,” said Powell.

Not everyone is eligible. Drivers involved in fatal accidents can’t get these special privileges, and drivers won’t be able to drive commercial vehicles. Suspended drivers with special privileges will be required to carry a copy of the judge’s order with them when they drive.Those who feel they are eligible can also petition the BMV. For more information on this new law click here.