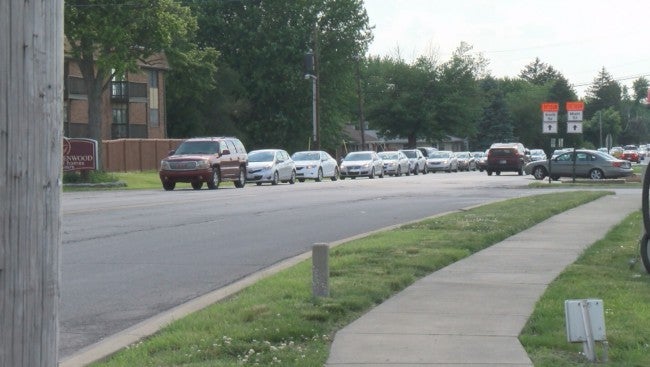 GREENDWOOD, Ind. (WISH) — The city of Greenwood is getting a new state-of-the-art system to make the roads safer.

The GPS system will change the lights at intersections as fire trucks and police cars come through.

It’s called an Opticom system, which basically allows emergency vehicles and the traffic lights to communicate.

And it’s being installed on all 37 intersections with stoplights in Greenwood.

When Greenwood firefighters get an emergency call and hit the road, they often run into traffic that blocks the road entirely.

“They get stacked up with vehicles all they have is a fire engine behind them with lights, sirens, airhorns, and they have no place to go,” said Greenwood Fire Chief James Sipes.

Many roads through the city are two-lane and traffic slows down emergency response vehicles.

But that is about to change with a new GPS system for the fire trucks and all other public safety vehicles.

“As they approach the intersection, the GPS calculates their speed and distance,” Sipes said. “Then the light changes for opposing lanes to red and the lanes we’re moving through to green to allow traffic to move through.”

Sipes hopes that these smart intersections will make travel more safe for both fire crews and other drivers.

He said it should prevent crews from having to go blindly into a red light which he said is dangerous, especially in this city.

“Especially in the older portion of Greenwood we have a lot of blind intersections,” he said, “It’s hard for people to hear the sirens and know there’s an emergency vehicle coming.”

Not only will safety improve, he said another benefit will be getting to scenes more quickly.

And it will work with other departments that already have the system, like Indianapolis and White River Township.

“It absolutely will be safer and more efficient,” Sipes said.

Some Indianapolis trucks and intersections have the system, but not all of them.

So far, Indianapolis is pleased with how it works.

As for Greenwood, Sipes said the system costs about $950,000, of which 90 percent is being covered by a federal grant.