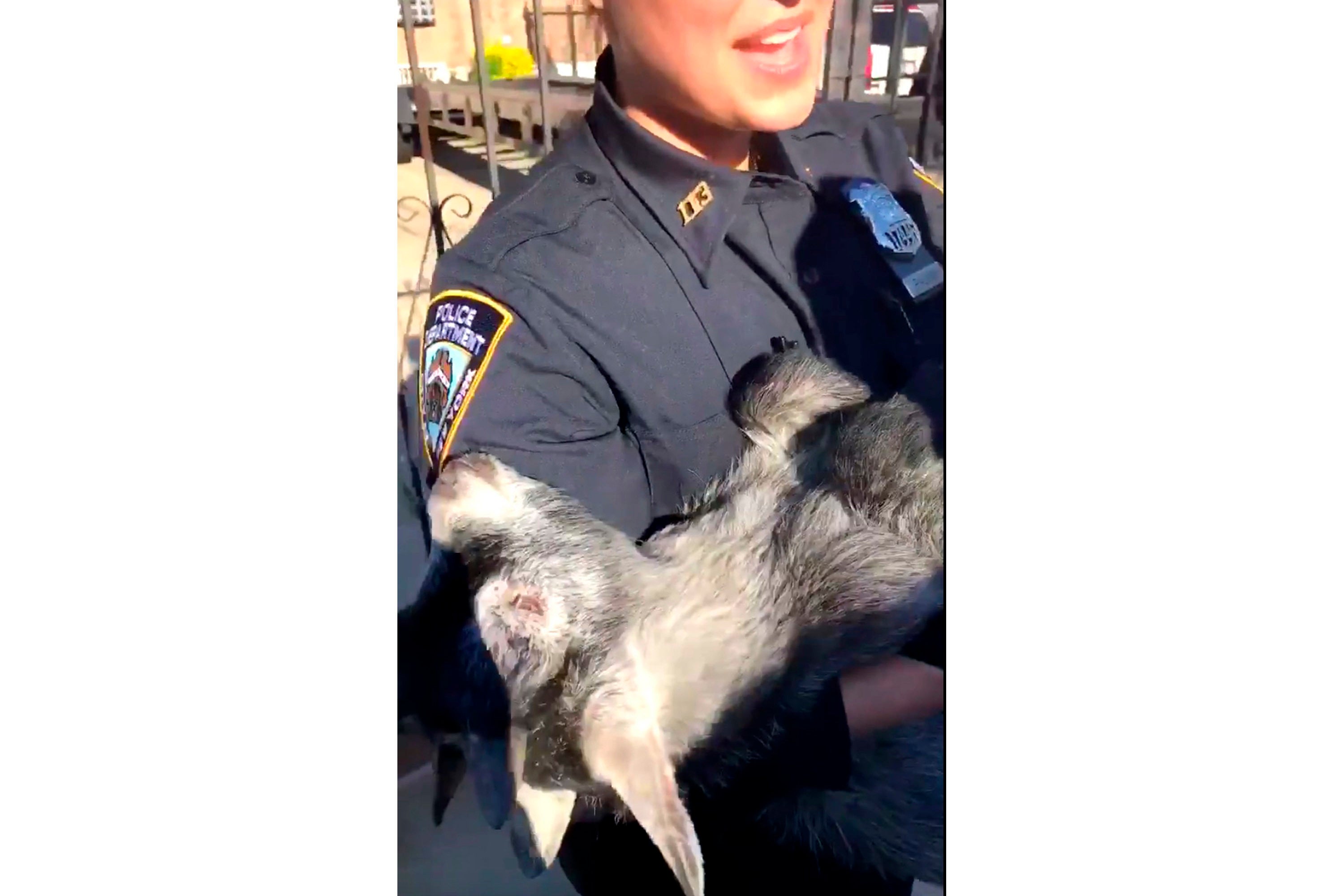 That’s what the New York Police Department tweeted after rescuing a crying pygmy goat that had mysteriously wandered into a Queens backyard this past week.

Officers named it Josh and delivered it to a city animal shelter for a meal of hay.

Josh will soon go to the Skylands animal sanctuary in New Jersey, where Jon Stewart and his wife, Tracey, sent a bull headed to a slaughterhouse that escaped on a Queens street three years ago.

In a video police released Friday, an officer is seen cradling the goat in her arms, saying, “It’s OK. … He’s so cute.”

And no, it’s not Brady, whose nickname, GOAT, stands for the “greatest of all time.”