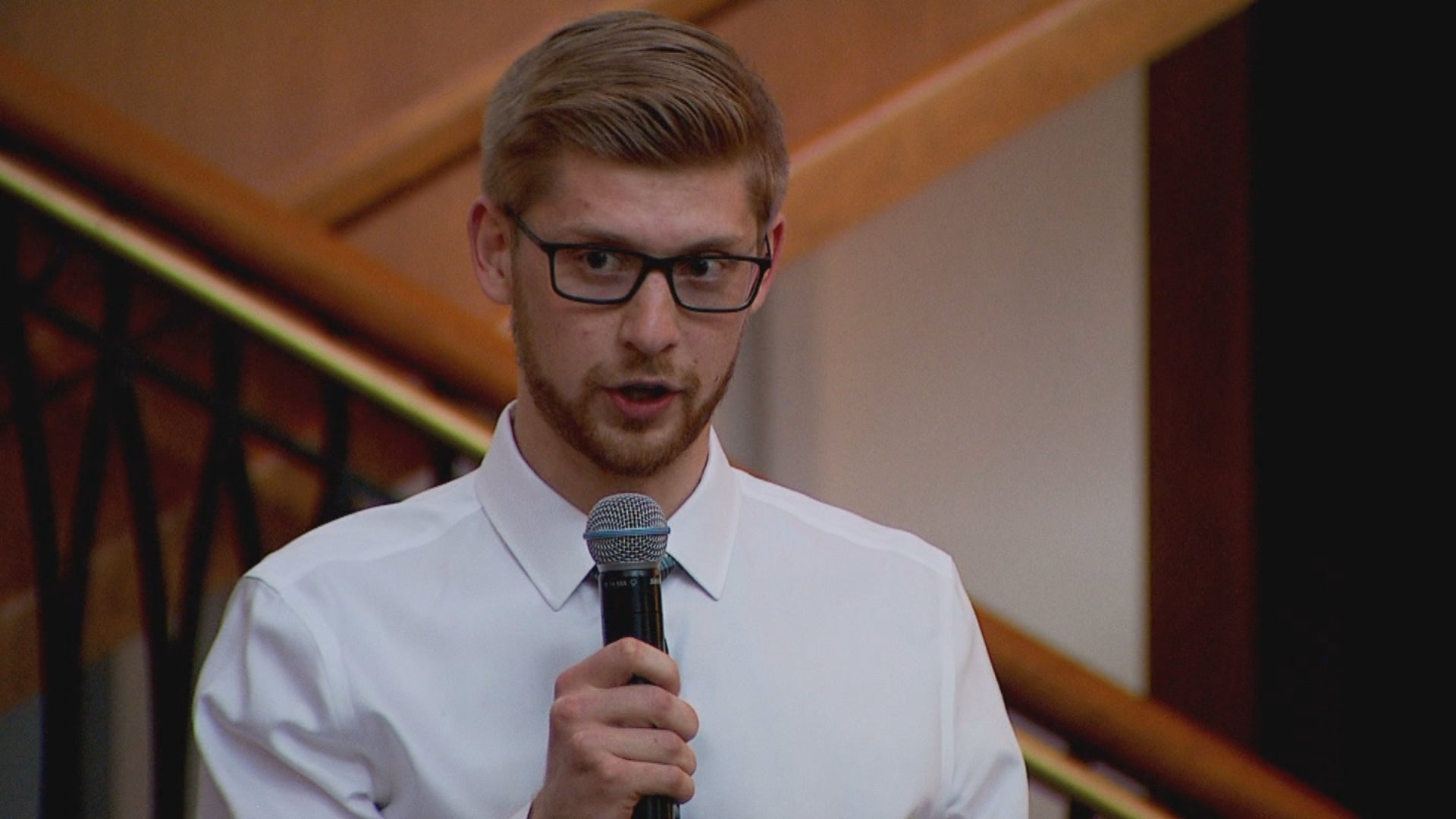 INDIANAPOLIS (WISH) — A teacher of math to students in grades 9-11 in the Indianapolis Public Schools’ Newcomer Program was named the district’s Teacher of the Year on Monday night.

Ethan Hoffman received the honor after a dinner inside the Indiana Historical Society’s Eli Lilly Hall.

The Newcomer Program serves immigrant and refugee students who are new to the United States and, in some cases, have never attended school.

“Because all of my students are just beginning to learn English, there can be a sense of confusion and despair when looking ahead toward the challenges they face in the future as a result of their lack of language knowledge,” Hoffman said in a statement issued by IPS. “Through mathematics, my students are able to see the incredible progress they can make through a steady and consistent effort in English language learning.”

Program coordinator Arturo Rodriguez said in the statement, “When you ask students in this school what their favorite subject is, they don’t say math, they say Hoffman.” That speaks volumes about the kind of impact he’s had on our school. He’s not only dedicated in the classroom, but routinely spends his lunch period and time before or after school giving students extra help.”

Hoffman has been a teacher for three years, all of them in the IPS Newcomer Program. He received his Bachelor of Science from Michigan Technological University and a Master of Arts in teaching from Marian University.

Hoffman was chosen from a list of top 10 finalists of nominees from 51 of the 71 IPS schools.