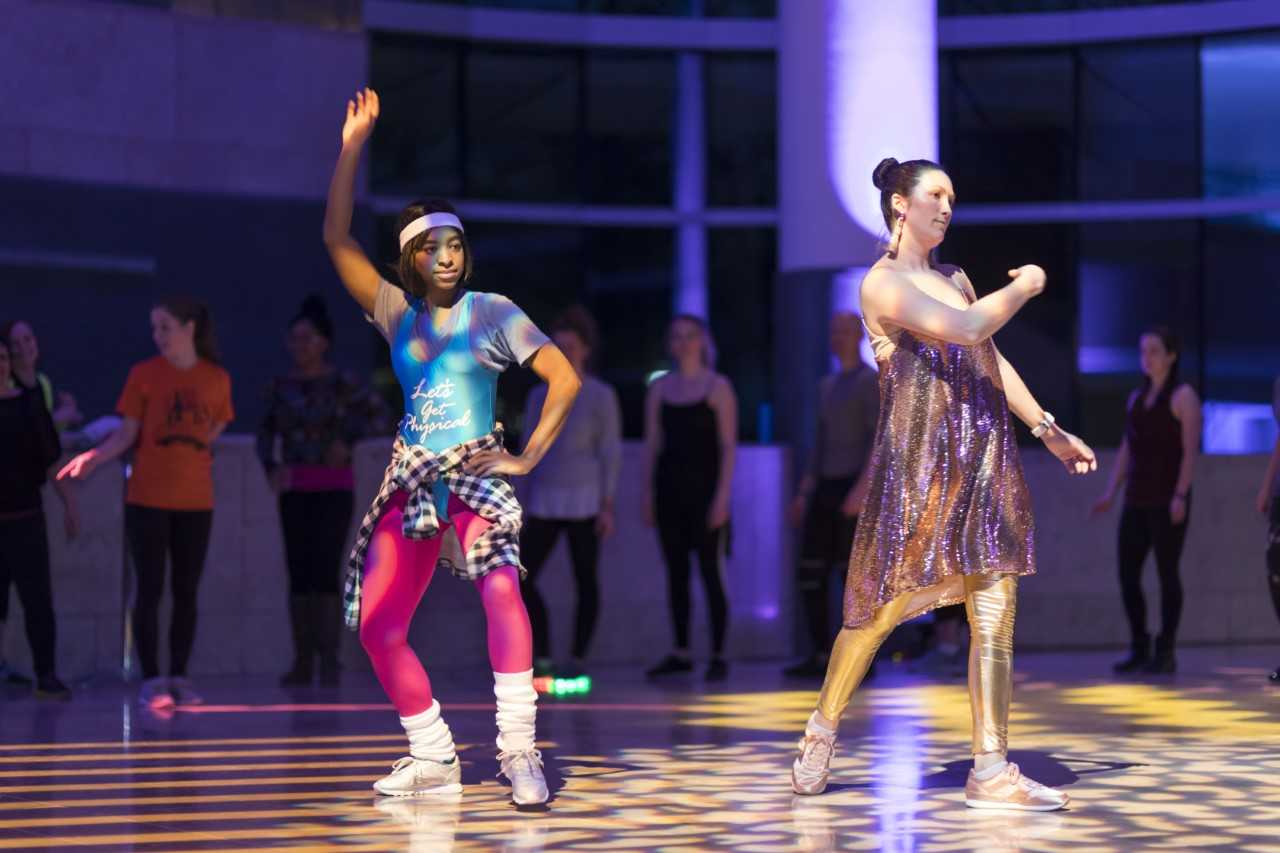 INDIANAPOLIS (WISH) – Disco balls and pulsing beats transformed the main lobby of Newfields, formerly the Indianapolis Museum of Art, into an ’80s dance club Wednesday morning for the final “Seasonal Affective Disco” of the winter.

The two-hour event acts as both a physical workout and “intention-setting” exercise for fatigued Hoosiers battling any of the numerous symptoms of winter blues or midweek slump, instructors said.

“Anybody who’s lived in the Midwest has woken up and been like, ‘This is going to be a struggle,’” instructor Lauren Curry told 24-Hour News 8. “We’re helping people kickstart their dreary, sad winter mornings.”

Newfields is not making light of seasonal affective disorder (SAD), organizers said, emphasizing the research-based benefits of exercise in fighting depression, anxiety and other mood disorders.

More than 14 million Americans struggle with SAD – depression that occurs at the same time every year, typically during the fall and winter months – according to the latest figures from the American Academy of Family Physicians. Symptoms include fatigue, insomnia, loss of interest in activities, changes in appetite and weight, difficulty concentrating or making decisions, social withdrawal, feelings of hopelessness and thoughts of suicide.

“I’m definitely one of those people who just has the worst time getting out of bed in the winter,” said Seasonal Affective Disco organizer, Bryn Jackson. “Something like this gives me a reason to get up and get out.”

Dylan Riley, formerly unfamiliar with disco moves, broke a sweat on the dance floor and found himself enjoying the experience of trying something new.

“I can run every day, anywhere,” explained Riley. “But this got us moving and dancing in ways that I normally probably wouldn’t. You just start acting goofy and everyone lets their guard down.”

Learning new skills and stimulating the brain in different ways can also alleviate symptoms of depression, according to experts.

Although Wednesday marked the final Seasonal Affective Disco of the winter, organizers said Newfields may begin hosting regular morning dance parties throughout the year – possibly dubbed “Disco at Dawn” – if the public is interested.