News 8 report leads to cleanup of trash bins at apartments 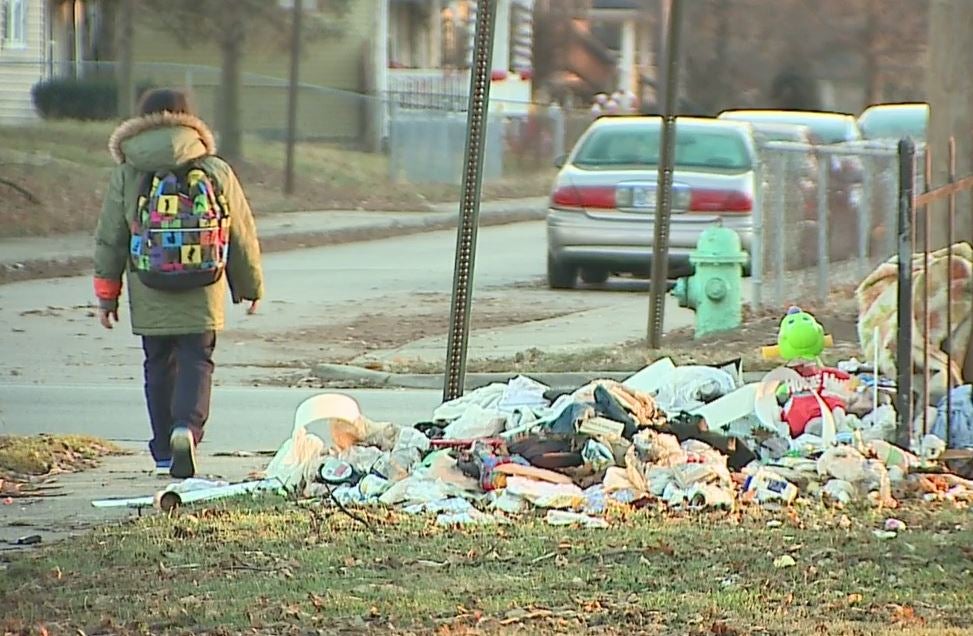 INDIANAPOLIS (WISH) — Less than 12 hours after News 8 aired a story about illegal trash dumping overtaking an east side apartment complex, the piles of trash were gone.

People living in an east side apartment complex were upset with illegal dumping of trash overtaking their yards and a trash dumpster that they said hadn’t been emptied in months.

Neighbors had reached out to News 8 for help.

The story originally aired Tuesday evening and, by Wednesday morning, the trash had been picked up.

Terry Triplett, who lives in the complex, said, “That’s Channel 8! It’s like ‘yeah!’ This is what she do. That’s what they do. They help. You call, they help. Ya’ll got this done, this couldn’t have ever got done without you all.”

Maintenance workers with the Oxford Terrace apartments near 25th and Rural streets told News 8 that Ray’s Trash Service along with the apartment complex employees themselves came out Wednesday morning and cleaned up the mess.

Residents said the piles of trash had attracted rodents. The debris ranged from empty food containers to dangerous needles. Residents had told News 8 someone trying to stop an illegal dumper even had a gun pulled on them.

On Tuesday, the owners of the complex, Athena Realty, told News 8 they had done all they could do. They said they’d paid the trash bills on time and Ray’s Trash Service was supposed to come twice a week.

Athena Realty said the problem was only made worse because Ray’s won’t pick up the trash if it’s overloaded.

Robert Caldwell, who lives in the apartment complex, said about the cleanup, “That was relief. That was really honestly relief. We all as a team effort cleaned it up ourselves a lot of times until we couldn’t do it no more. but everybody out here is happy now.”

Ronald Lovelace, who lives in the apartment complex, said, “Now that you all are out here, it’s gone. If you all didn’t come out here, it would still be there.”

Triplett said, “People living here, they are too scared to say something. I think that’s what it is. And what you all have done, you have given us a voice. You gave us a voice that we can say something and don’t have to worry about getting in trouble.”