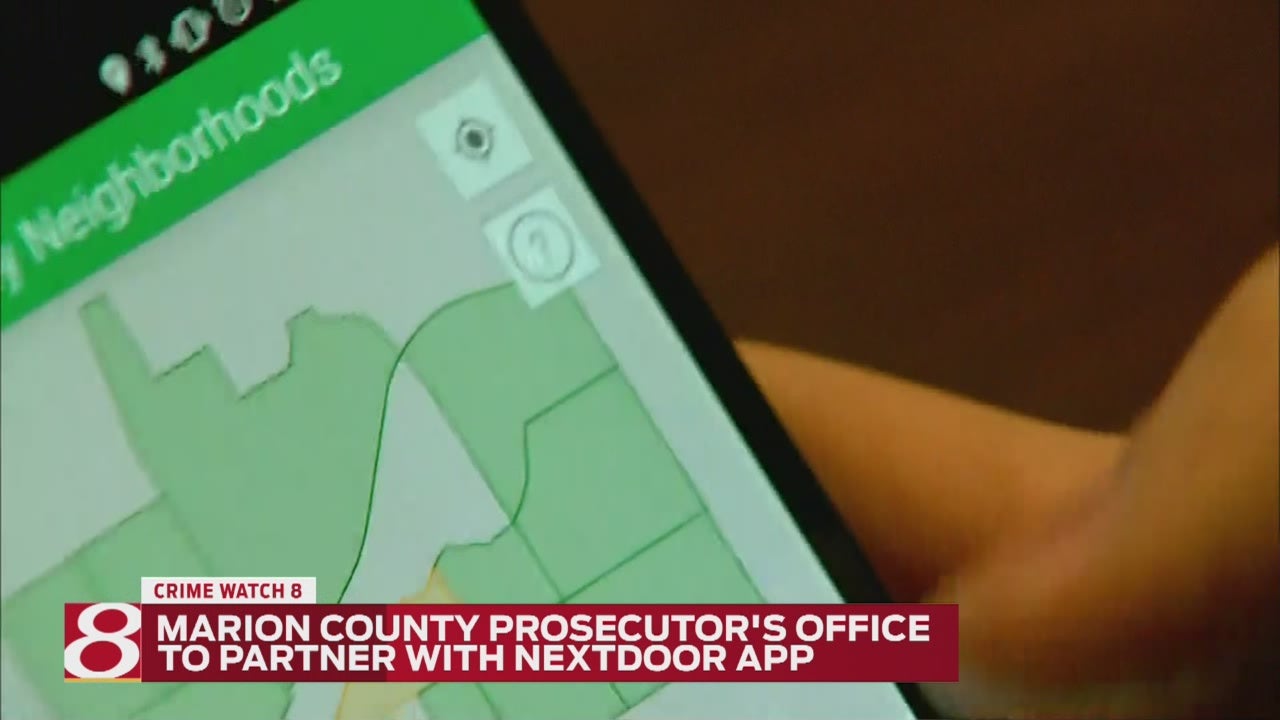 INDIANAPOLIS (WISH) — The Marion County Prosecutor’s Office (MCPO) announced Monday afternoon that it is partnering with the popular neighborhood application Nextdoor. The social networking company allows neighbors to connect with others in their community.

Users of the app are able to learn about events, yard sales and even criminal activity in their neighborhood. In the past Indianapolis Metropolitan Police Department has worked with the social networking site to keep users informed. On any given day, IMPD can update subscribers about criminal activity in the area, or give crime prevention tips on how to stay safe.

Now the Marion County Prosecutor’s Office is on that list. According to Prosecutor Terry Curry, his office will provide resolutions to high profile cases and the impact on individual neighborhoods, such as the conviction of a serial burglar. Curry adds his office will educate others on the role of the prosecutor’s office, and share community crime prevention programs and resources.

“Each day we strive to make Marion County neighborhoods safer. The involvement of neighbors can be instrumental in providing information that leads to arrests and convictions,” said Curry.

24-Hour News 8 has seen cases where the Nextdoor app, has helped to capture a suspect.

On December 23rd, two people were shot after a domestic dispute on the 7900 block of Lofton Court near Brookville and Franklin road. Shortly after the shooting, Tim and Heather Naylor received a knock on the door from a man asking to use a phone. Tim checked his Nextdoor app, and learned there had been a shooting in the area. Naylor called IMPD, and learned the man at the door was a suspect in the shooting.

Nextdoor Senior City Strategist Joseph Porcelli adds that IMPD nor the Marion County Prosecutor’s Office will be able to see or read private conversations between users. Neighbors using the site can contact IMPD and MCPO directly through the sites private messaging option.

Currently 14 percent of households in Marion County are using the Nextdoor app, which is roughly around 100,000 people. The site estimates about 685 neighborhoods in Marion County are connected to the site. Indianapolis is the first city in the Midwest to have its police department and prosecutor’s office partner with Nextdoor.

“I’m proud that we are the first community in the Midwest to welcome our Prosecutor’s Office to Nextdoor,” said Mayor Joe Hogsett. “Communities become safer and stronger when residents and their local public safety agencies have strong relationships.”