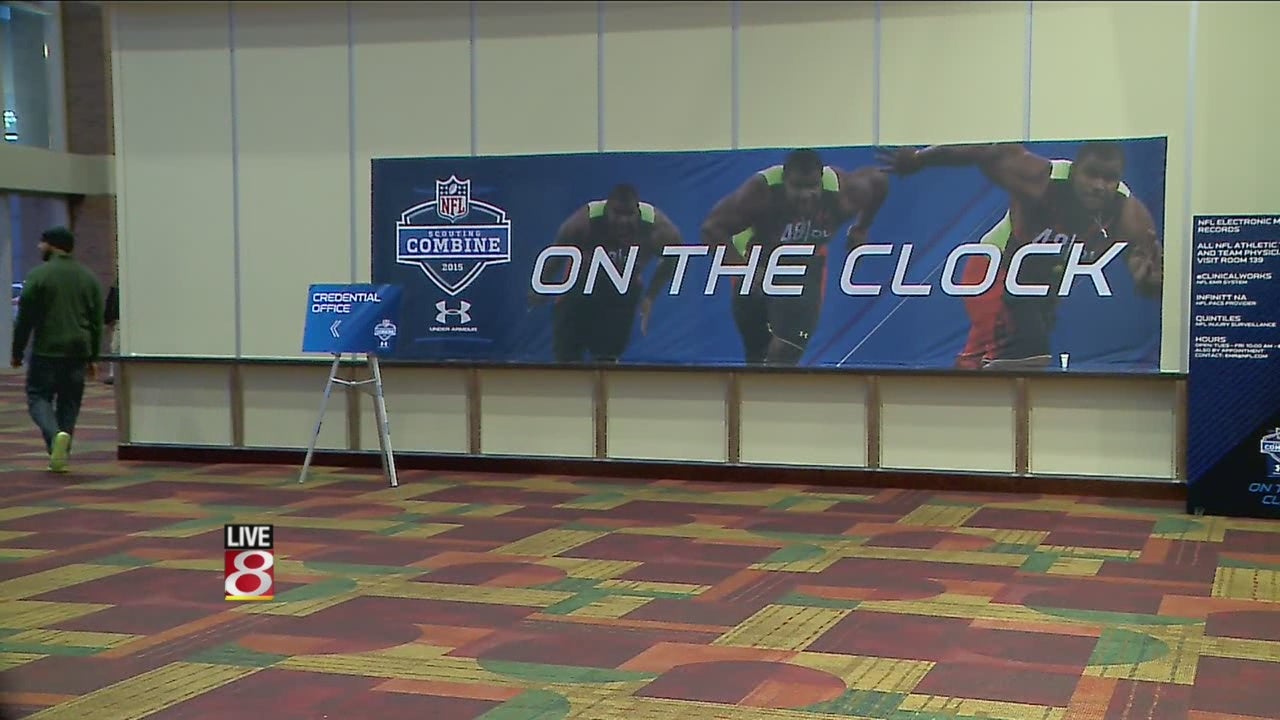 INDIANAPOLIS (WISH) – All eyes in the NFL world are on Indianapolis this weekend, as the NFL combine picks up into high gear.

It’s an event that’s been hosted here for nearly 30 years, since 1987, and Visit Indy officials say it’s seen tremendous growth since then.

NFL top brass, coaches, players, and elite athletes hoping to play for the NFL someday are all in town.

The event is expected to bring 5,000 people to town, and inject $8.2 million into the local economy.

Visit Indy says 900 of those people in Indy this week are journalists from across the country and the world, who are also experiencing Indianapolis for themselves.

The NFL Network broadcasts the events throughout the combine, putting a national spotlight on the city of Indianapolis.

“You can never take events like this for granted,” said Chris Gahl, Vice President of Marketing and Communications of Visit Indy. “We know other cities are looking at this event, and all events Indianapolis hosts. We always want to make sure we put on a first class show and our hospitality community rallies as they do, year in and year out, since 1987.”

Gahl with Visit Indy says they work all year with the NFL and others to prepare for the event.

One selling point, he says, for hosting the combine here even with the frigid February weather, is the fact that athletes and executives can travel between hotels and the convention center and Lucas Oil, all while staying inside.

Downtown restaurants will be busy with NFL executives and coaches networking this weekend, as well.