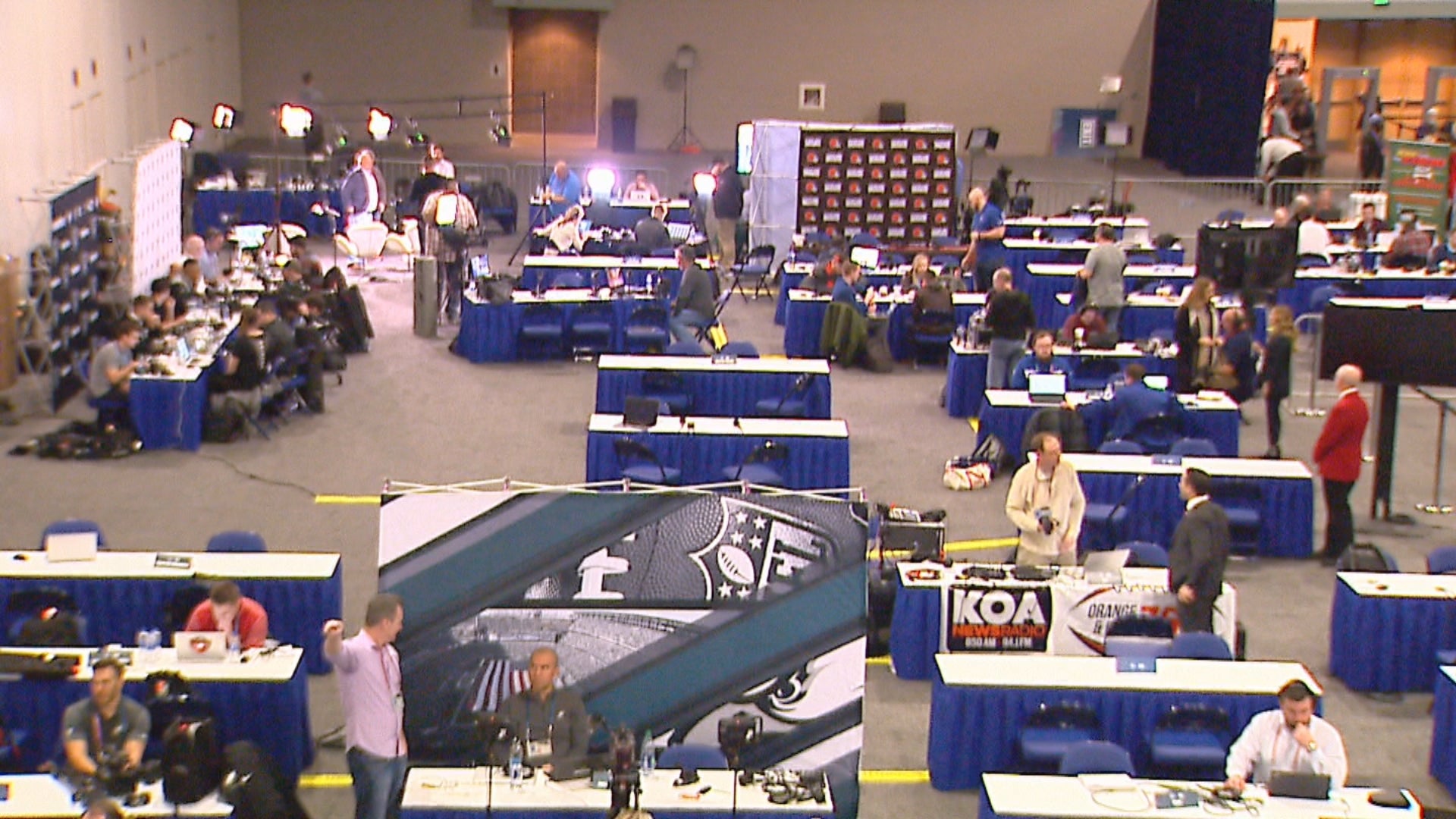 INDIANAPOLIS (WISH) — For the 32nd year, the NFL Scouting Combine is in full swing in downtown Indianapolis.

The city’s contract with the NFL for the event is set to expire after the 2020 combine. The NFL has been negotiating a possible extension for the past 10 months with the city’s tourism arm, Visit Indy.

“It’s been made public through media reports that cities like Dallas and Los Angeles have an appetite” to host the event, said Chris Gahl, Visit Indy senior vice president.”But, we don’t sit idle. We look for creative ways to grow the event and keep them here past 2020.”

Los Angeles will be home to a multibillion-dollar stadium set to open in 2020.

But, Carly Slivniski, senior manager of the NFL’s events department, said Indianapolis is the only city officially in the running.

“Right now, we are working on a Visit Indy deal here,” Slivinski said. “L.A. has a Super Bowl coming up. We’ll let them do that first and then we’ll see if they can have the combine.”

Slivinski said the NFL loves Indianapolis for its “walkability.” The combine events are at Lucas Oil Stadium and the Indiana Convention Center.

Plans are in the works to expand the Convention Center and add two hotels downtown. Visit Indy is hoping those projects will convince the NFL to keep the combine here.

“I heard about the hotels. We’re really excited to see that go up,” Slivinski said. “The extra meeting space and all that, that’s amazing. I’ve seen the city grow so much over the years.”

Visit Indy said the combine generates more than $8 million annually for the economy and shines a spotlight on the city.

Gahl said he expects negotiations with the NFL to continue into the spring.

“We have never taken this event for granted, nor will we,” Gahl said.

Visit Indy and the NFL have worked to make the combine more “fan-centric” in recent years. As part of that, from Thursday through Sunday, fans can watch the official bench press at the Indiana Convention Center for free from 2-5 p.m.