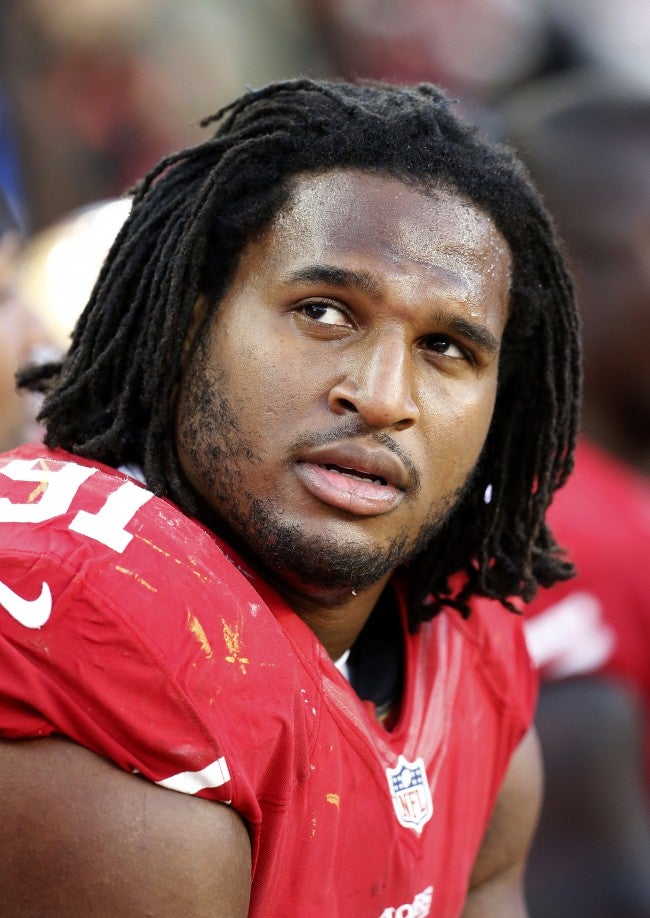 It was not immediately known if the woman or the baby were injured.

GM Ryan Pace: “We believe in 2nd chances, but when we signed Ray we were very clear what our expectations were if he was to remain a Bear…- Chicago Bears (@ChicagoBears) May 25, 2015

Pace cont: “He was not able to meet the standard and the decision was made to release him.”- Chicago Bears (@ChicagoBears) May 25, 2015

His agent Tom Condon also did not return calls for comment.

In December, the 49ers released McDonald.

Chicago signed McDonald to a one-year contract in March. Late last year, prosecutors announced they had declined to file charges against McDonald in a separate domestic violence probe linked to an August arrest during a party at his Northern California home. A different woman has also accused McDonald of rape.