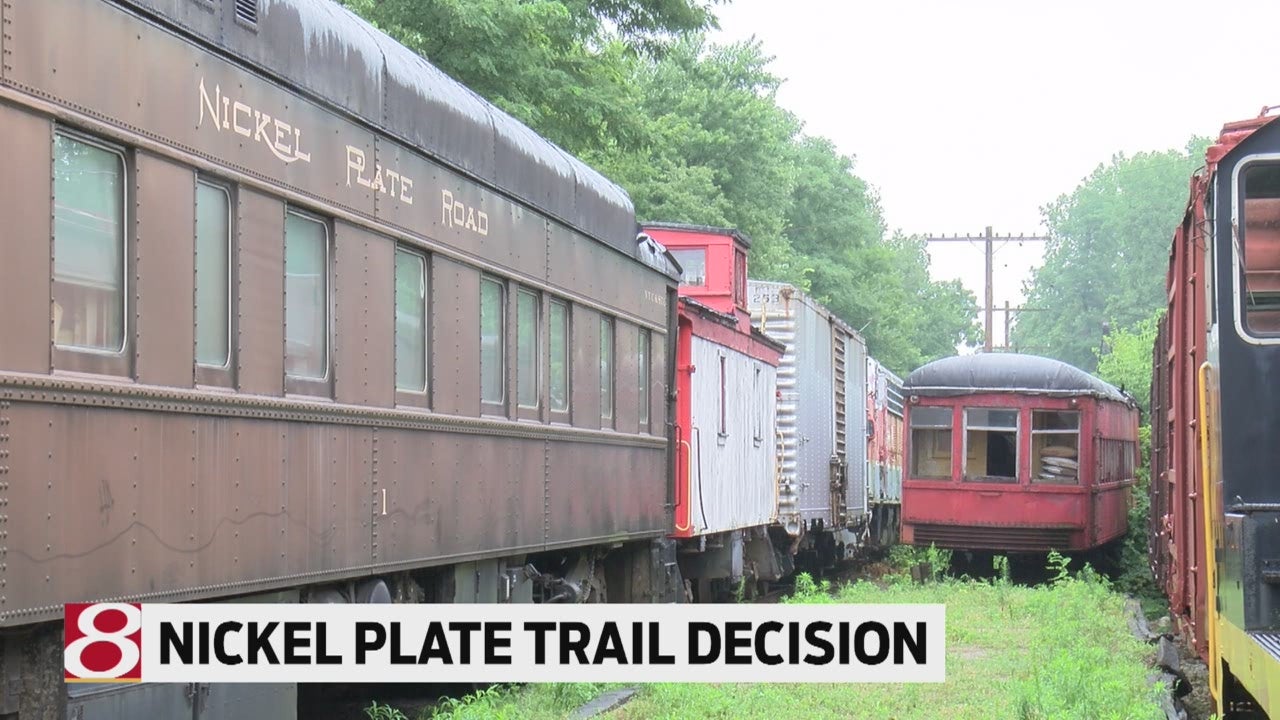 FISHERS, Ind. (WISH) — A portion of the Nickel Plate Rail will soon become a Monon-style pedestrian trail in addition to a historical train running north out of Noblesville.

Fishers and Noblesville city leaders made it official Monday morning, choosing the Nickel Plate Heritage Railroad as the rail line’s operator. The plan associated with that bid includes the cities building a multipurpose trail south of downtown Noblesville and the rail line maintaining a historical train from the Historic Noblesville Square and going north. The decision requires rail banking the southern portion of the rail line.

Fishers Mayor Scott Fadness, a longtime supporter of the Nickel Plate Trail, “I think this is a really a win-win scenario, where we can get the trail and progress forward and connect our communities in a meaningful way and allow for the train and the history that Noblesville is so proud of.”

The train versus trail debates have continued for more than a year since the Hoosier Heritage Port Authority halted service along the Nickel Plate line after an inspection in March 2016. Train support groups claim the inspection was cosmetic and meant for a different class of train, but the cities’ leaders point to $3.7 million price for updating the rail per the inspection findings. Noblesville and Fishers leaders announced a potential trail project in February and held two public meetings for comments. Monday’s meeting marked their decision and action selecting an operator to execute a part trail-part train plan.

Fadness said the train would run from the north side of Noblesville north to Arcadia with the potential to go to Tipton. He said the trail portion would start on the south side of Noblesville and go south, potentially reaching downtown Indianapolis. Other than two city-generated renderings, an image of the trail and all the crossings is still unclear, but the Fishers mayor is optimistic.

“The Monon wasn’t built in one day or one month or even one year, so we’re going to do this for a period of years to get this thing built,” Fadness said. “But the idea would be a world-class pedestrian experience on the Nickel Plate Trail.”

He said events like the dinner train and Polar Express would still be operational but this new plan effectively ends the Indiana State Fair Train.

“The proposal that we approved this morning would have a lot of the historical train experience, just from Noblesville going north,” Fadness said.

The land the railroad tracks run along is owned by the cities of Noblesville, Fishers and Hamilton County, meaning they are the governing bodies deciding who operates on it and where those groups go, as long as they maintain clearance from the Hoosier Heritage Port Authority. As they’ve made decisions, the leaders have fallen under criticism for not listening to the public’s opinion.

“They’ve mentioned many times they’re listening, and we have no evidence of that,” said Logan Day, a member of the Save the Nickel Plate Train group. “All quantifiable data shows there’s that more people in support of preserving the rail than there are the trail.”

Day was at Monday morning’s meeting and wants to see passenger rail from Tipton County to downtown Indianapolis. The fact that Monday’s decision to keep the northern part of the train intact is a success for him.

“I believe the idea to preserve it north is specifically to try and appease the public,” Day said. “We’ve made a difference. That’s a positive and we plan to continue to do so moving forward.”

Fadness said the next step is to apply for rail banking through the federal Surface Transportation Board. The Fishers mayor said it’ll take about a year for clearance and then they can start construction, with a ballpark figure at $9.3 million.

For a Q&A page about the trail provided by the cities, click here.

To learn more about the Save the Nickel Plate rail organization, click here.