No. 16 Purdue takes on Indiana at Assembly Hall Thursday night 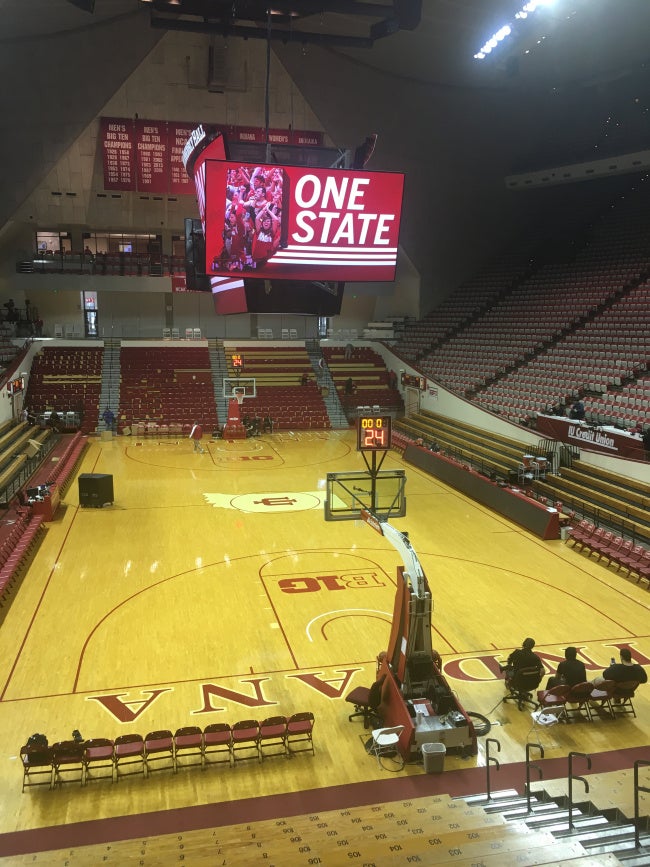 BLOOMINGTON, Ind. (WLFI) – The No. 16 Purdue men’s basketball team square off against rival Indiana in Bloomington Thursday night for the 205th time.

This year the Boilers find themselves behind enemy lines, and Matt Painter’s squad is favored to win. The Hoosiers aren’t happy – they’ve lost three of their last four. Two of those games have been without leading scorer, junior James Blackmon Jr. – who’s expected to play against Purdue after being out with a lower leg injury.

Blackmon being back in the rotation could spell trouble for Purdue.

Another Red and White jersey to keep an eye on – sophomore center Thomas Bryant. Painter said he sees a lot of similarities between Bryant and one of his own players.

“His versatility is kind of like Swanigan. … He has the threat of knocking down 3s, he shoots a good percentage, he shoots a low volume of them,” Painter said about Bryant. “… But he’s getting the ball inside, he’s getting to the glass, he runs the court [and] he normally gets a run out for a dunk about once a game.”

Junior guard P.J. Thompson said anytime you are playing your rival it makes you play even better.

“They play fast. They really like to get into the paint and create plays for each other,” Thompson said. “I think they are a really good team.”

Painter agrees the team has good balance and quickness. He said they also have good athleticism.

Turnovers have been an issue for the Boilers most of the season, and they could matter big-time in this game. GoldandBlack.com reports Purdue and IU are the Big Ten’s two most turnover-concerned teams. Purdue is ranked 13th in the league in the turnover margin and Indiana is ranked 14th.

But the Boilers lead the Big Ten in three-point shooting, hitting 45 percent while on the road. Purdue’s P.J. Thompson, Caleb Swanigan and Dakota Mathias sit in the top ten in the conference in three-pointers. All three will look to put up big numbers tonight.

The Hoosier’s are still without talented forward O.G. Anunoby, who’s out with a knee injury.

This is the first game of a rivalry double-header. The teams will meet for a second time in Mackey Arena on Feb. 28.