No charges in fatal Indiana crash between truck, school bus 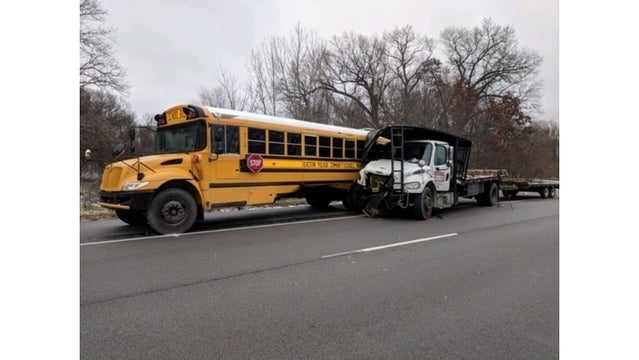 PLYMOUTH, Ind. (AP) — No charges will be filed in the death of a 13-year-old Indiana boy who was killed when a truck rear-ended a school bus in December near Argos.

Sarber told reporters Friday that “there was no intent to cause any harm.” But the grand jury considered whether the truck driver’s actions were criminally reckless.

The crash occurred along U.S. 31, about 30 miles (50 kilometers) south of South Bend. The bus was carrying students from the Eastern Pulaski school district to see a Christmas musical.

Sarber says the truck driver, who was removing a piece of clothing, saw the bus but didn’t realize it had stopped at railroad tracks.