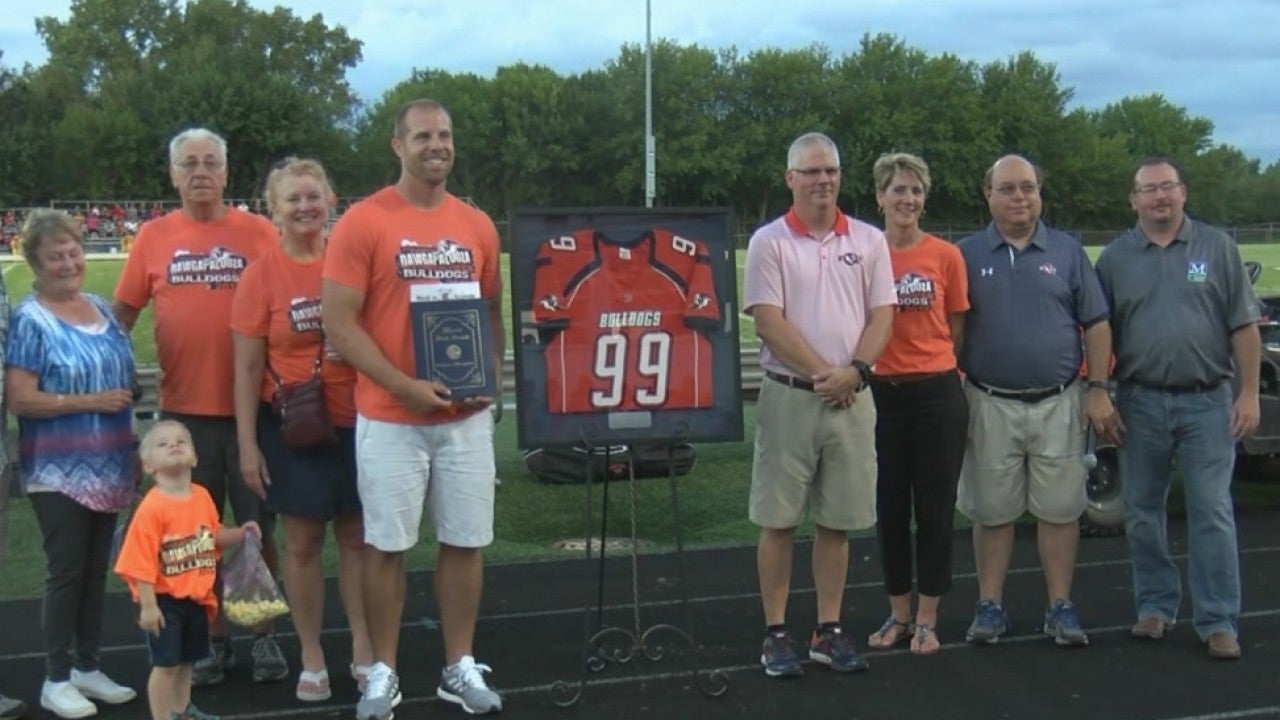 The seventh-grade science teacher at Noblesville West Middle School took three bullets in May when he tackled and disarmed a school shooter.

Before the team took the field, Seaman was honored by the school district and village.

“It warms our hearts when students grow up and become teachers and that’s what Jason did. His actions were not surprising,” said Hall.

Just before kickoff, Seaman was given a commemorative framed jersey with the number he wore as a Bulldog; a street was also named after him. Illinois Gov. Bruce Rauner and the Illinois Senate also made proclamations in his honor.

Once recognized, he was given a standing ovation.

“For the people I don’t know personally to still show compassion and outreach. It just baffles me and humbles me,” says Seaman.

Those like Scott Burner, who know Seaman, said the honors are well deserved.

“I mean, he came out; he took the initiative to protect the kids. He’s trying to educate, and we just need more of that in today’s world instead of fighting with each other. We need to find ways to come together and protect each other and he’s a great example of that,” said family friend Scott Burner.

All of the support hasn’t gone unnoticed. He’s now saying thank you to everyone in return.

Seaman has one wish for the future of the communities helping one another.

Seaman has been back in school teaching for the past month. He said he wanted to go back so there could be more normalcy for students.