Non-profit to put selfies on billboards for donations 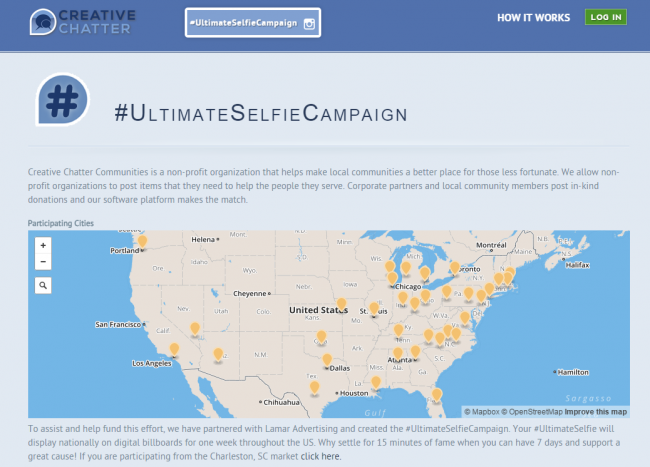 INDIANAPOLIS (WISH) – A charitable organization is capitalizing on selfies.

Creative Chatter Communities, a non-profit that connects charities with donors, plans to put selfies on digital billboards across the country. The catch? Anyone who submits a selfie must also donate at least $25 for a chance to appear on the billboards.

The non-profit will approve photos and display them on billboards in more than 45 major cities. Although the company said Indianapolis is among those cities, digital billboards aren’t permitted within city limits. Digital billboards are in prominent spots just south of the city along Interstate 65, though.

Once the photos hit the billboards, they’ll be displayed for seven days.