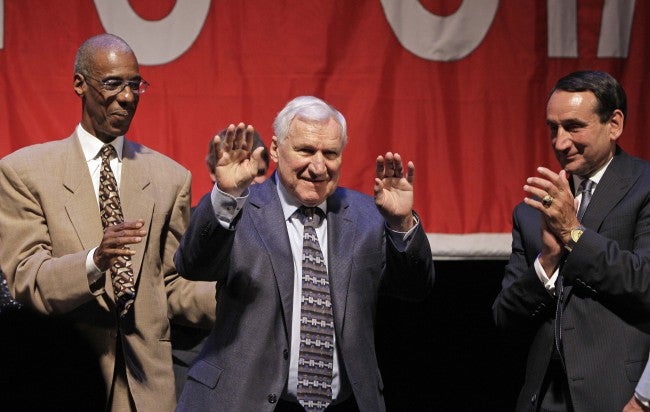 The school said in a statement Sunday from Smith’s family that the former coach died at his home Saturday night. He was with his wife and five children.

Smith had health issues in recent years, with the family saying in 2010 he had a condition that was causing him to lose memory.

Smith coached the Tar Heels from 1961-97. He retired as the winningest coach in the sport with 879 victories. He won NCAA titles in 1982 and 1993, and coached such players as Michael Jordan and James Worthy.