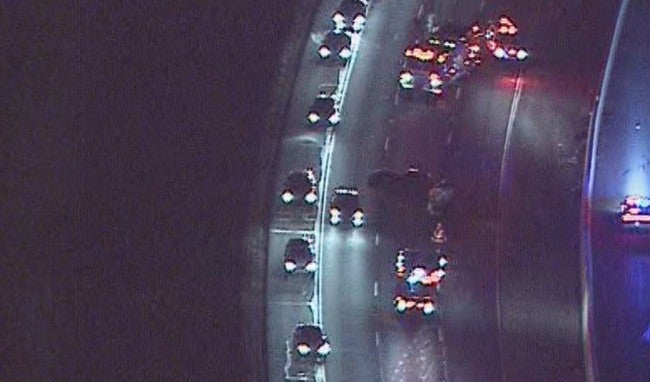 INDIANAPOLIS (WISH) – A crash on the north side of Indianapolis caused a headache for morning commuters Friday.

It happened on eastbound Interstate 465 near US 421/Michigan Road. Indiana State Police officials said the crash involved one vehicle.

Chopper 8 flew over the scene and saw the involved vehicle and firefighters on scene. INDOT reported around 6:50 a.m. that the left two lanes of eastbound I-465 near US 421/Michigan Road were closed because of the crash. This is near mile marker 26.2.

It wasn’t immediately clear when the crashed would be removed from the interstate so that lanes could re-open.