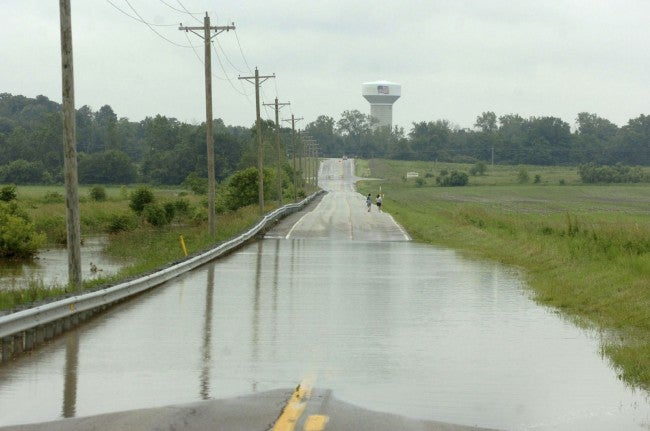 Kankakee River Basin Commission Director Jody Melton says subdivisions with dozens of homes in Shelby in southern Lake County and Sumava Resorts in northern Newton County have been sandbagged. He says the river is falling after cresting Wednesday in Shelby at 12.9 feet but he worries the tropical storm’s remnants could bring heavy rainfall this weekend.

Jasper County Emergency Management Director Karen Wilson says a handful of people have voluntarily left their homes in the city of Rennselaer, where residents have already used more than 8,500 sandbags.