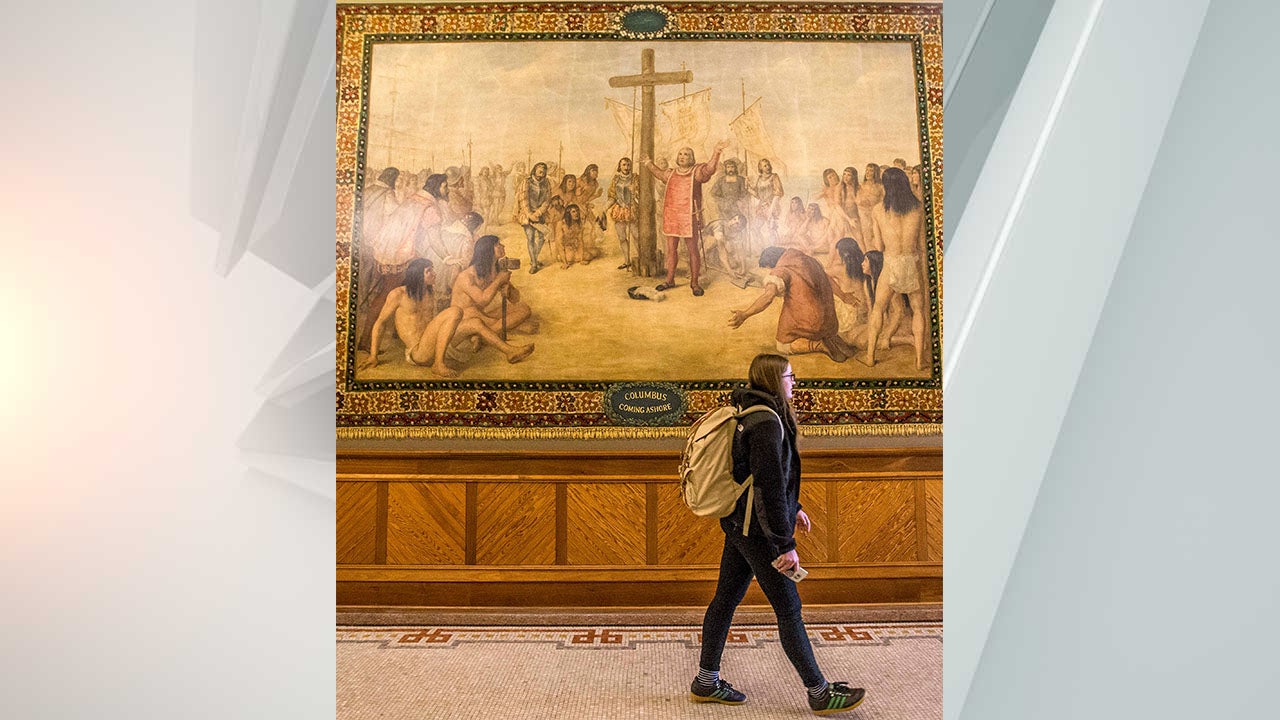 SOUTH BEND, Ind. (AP) — The University of Notre Dame is delaying its plan to cover up 19th century murals depicting Christopher Columbus in America that have long been criticized for their stereotypical images of Native Americans and blacks submissively posing before white European explorers.

The Catholic university based in South Bend, Indiana, announced in January that it would conceal the offending artwork. The decision came after students, employees and alumni signed a campus letter in 2017 that called for the removal of the murals, which have been displayed in the campus’ Main Building since 1884.

The school’s president, the Rev. John I. Jenkins, said last month that a new exhibit will explore Notre Dame’s early history, featuring high-quality reproductions of the Columbus murals and information about their historical importance.

The murals, created by artist Luigi Gregori, will be accessible to faculty members who use them for teaching and research, Jenkins noted, adding they will otherwise be covered in fabric. But Dennis Brown, the school’s spokesman, told the South Bend Tribune this week that Notre Dame won’t cover the 1880s paintings until the museum is completed in 2022.

“While the move to cover the murals should be applauded, I still think . that the most ethical thing would be to either remove them completely or paint over them,” Notre Dame doctoral student Oliver Ojeda wrote in the university’s student newspaper.

The debate on whether to cover or remove contentious campus landmarks is not exclusive to Notre Dame.

At Indiana University in Bloomington, a mural panel portraying a Ku Klux Klan rally can be found in a lecture hall. And swastikas were once featured on the tiles of the school’s Intramural Center, which was renamed in 2018 after more than 45 years of being named after Ora Wildermuth, a former school trustee who opposed racial integration.

Ellen Winner, a Boston College psychology professor who directs the Arts and Mind Lab focusing on cognition in the arts, said it’s imperative that educational institutions respond accordingly when encountering concerns over removal of art and landmarks.

“People have good moral values and want to be just and fair. It’s obvious how unjustly Native Americans and blacks were treated, for example,” she said. “People are now fighting for justice and against the power elite.”

However, Winner noted, schools should not completely remove controversial pieces.

“I don’t believe in sanitizing history,” Winner said, adding that people can learn from it on a deeper level when context is coupled with the art.

Members of the Native American Student Association of Notre Dame have previously praised the school president’s announcement to conceal the murals, but the group noted it still would like to see the university take additional steps to “present a more welcoming campus” for indigenous students.