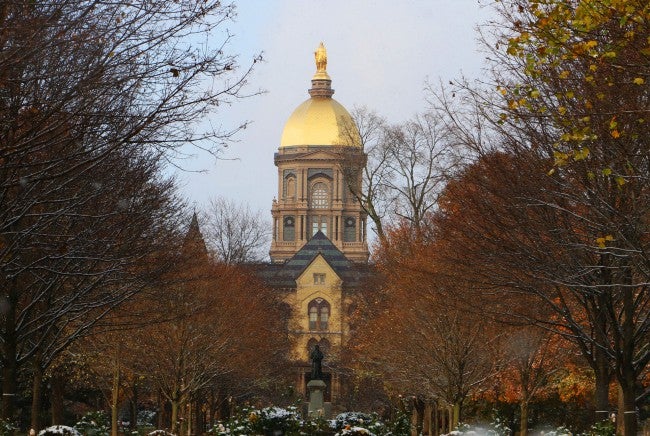 SOUTH BEND, Ind. (Inside INdiana Business) – The University of Notre Dame says it has achieved two major goals ahead of their target dates. The school reports it has reached its initial goals of discontinuing the use of coal by the end of 2020 and cutting the university’s carbon footprint in half by 2030.

The university says it accomplished these goals by reducing energy consumption, diversifying its energy sources and expanding its energy infrastructure to increase efficiency and capacity.

The institution also implemented two new natural-gas-fired combustion gas turbines with heat-recovery steam generators earlier this year. The units produce both electricity and steam. The university says this method of energy production is twice as efficient as a traditional electrical plant and is being used to heat campus, produce hot water or drive equipment to provide air conditioning for campus.

The university is also diversifying its energy sources to include renewable and recoverable energy from geothermal, solar and hydroelectric technology.

Notre Dame says it plans to keep these efforts up moving forward. Its Utilities Long-Range Plan will help the university continue to diversify its energy portfolio by exploring renewable and recoverable energy sources in an effort to become carbon neutral.