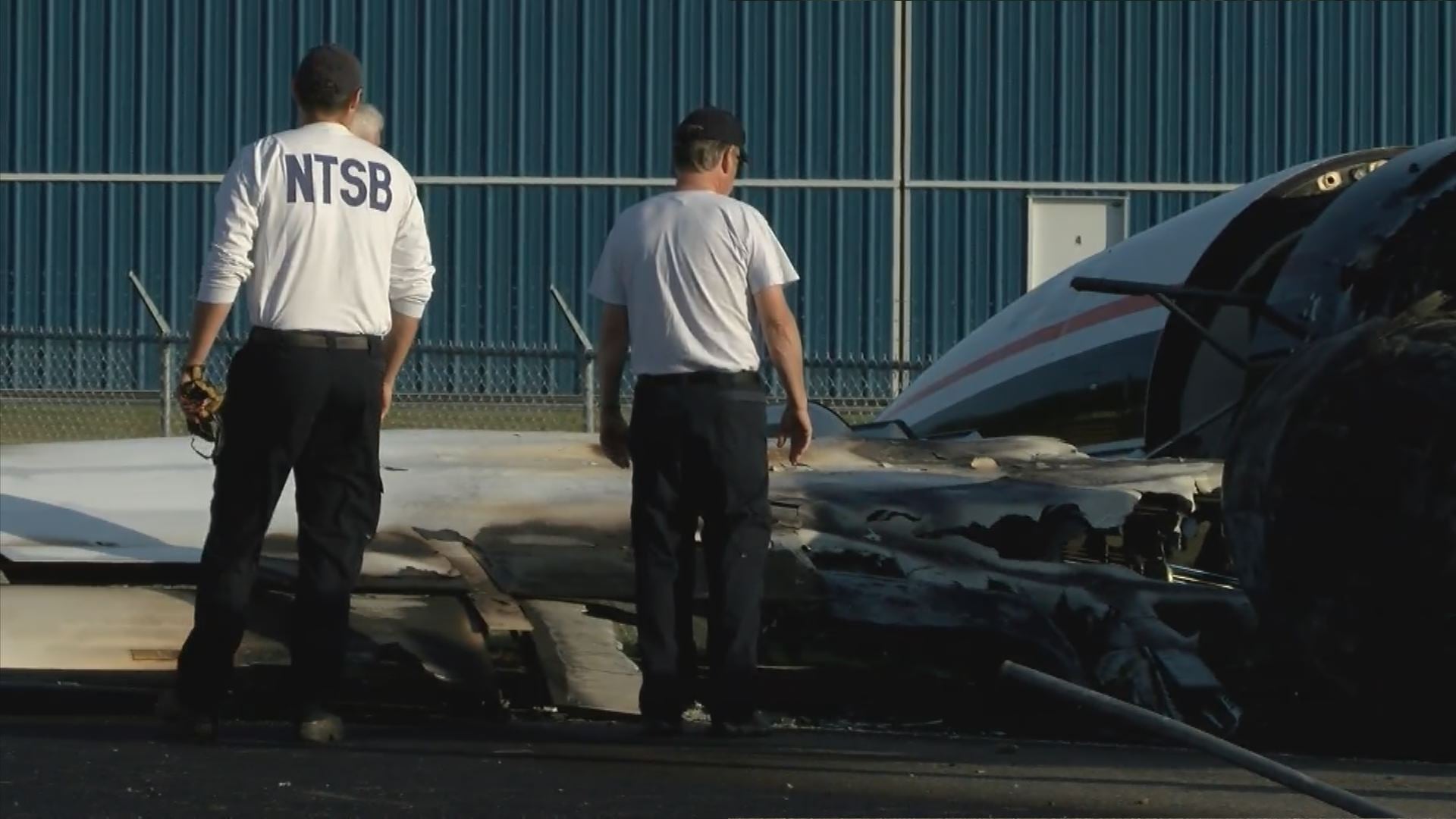 The plane, traveling from Statesville, North Carolina, bounced at least twice before “coming down hard” on the right-wing landing gear, according to investigators.

While NTSB investigators previously reported the plane bounced twice, the report revealed, “The pilots also reported that, following the second bounce, a go-around was attempted; however, the airplane did not respond as expected, so they landed straight-ahead on the runway and could not stop the airplane prior to the excursion.”

You can read the full NTSB report below.