NY senator to introduce legislation that would require infants, toddlers be drug tested 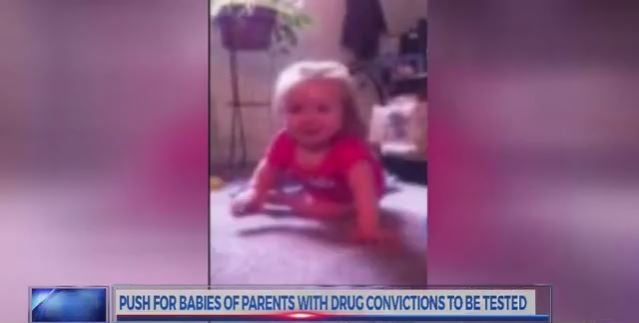 (NEWS10) – A New York State senator has proposed legislation that would require children under the age of 3 be drug tested.

The proposed legislation is being put forth by New York State Senator Betty Little. It states that infants and toddlers whose parents have been arrested for serious drugs to be tested.

Kayleigh Mae Cassell died in February 2015 when heroin and cocaine were found in her body. Her aunt, Robin Sorrell, supports the legislation.

“It’s been difficult,” Sorrell said. “I’m raising her sister and brother and trying to do the best that I can.”

Kayleigh’s mother, Rachel Ball, is in state prison for her role in her daughter’s death. Sorrell said Ball deeply regrets what she did, but it is too late.

“My niece’s addiction came on pretty quick,” Sorrell said. “I watched her fall, and I tried to help but when somebody is in that state of mind, and they’re on them drugs, there’s nothing you can do.”

Sen. Little wants to be a voice for the little ones. If her legislation is passed, children under 3 years old will be required to be drug tested.

“We’ve spent some time formulating it with legal counsel, and we will introduce it in January,” Little said.

Sen. Little said she’s been strongly advocating for increased drug treatment, which includes the building and funding of a detox center in Clinton County since most drug treatment centers do not accept patients until they’ve been detoxed.

“They’re going to establish not just a residential detox facility with beds where people stay there but then what they call it – a gentle hand off,” she explained.

Continuous efforts to advocate for health insurance companies to cover inpatient drug treatments without requiring the person to go through outpatient treatment programs.

Sorrell said she hopes a young life will be saved if the legislation is passed.

The legislation will be introduced when session begins in January 2017.