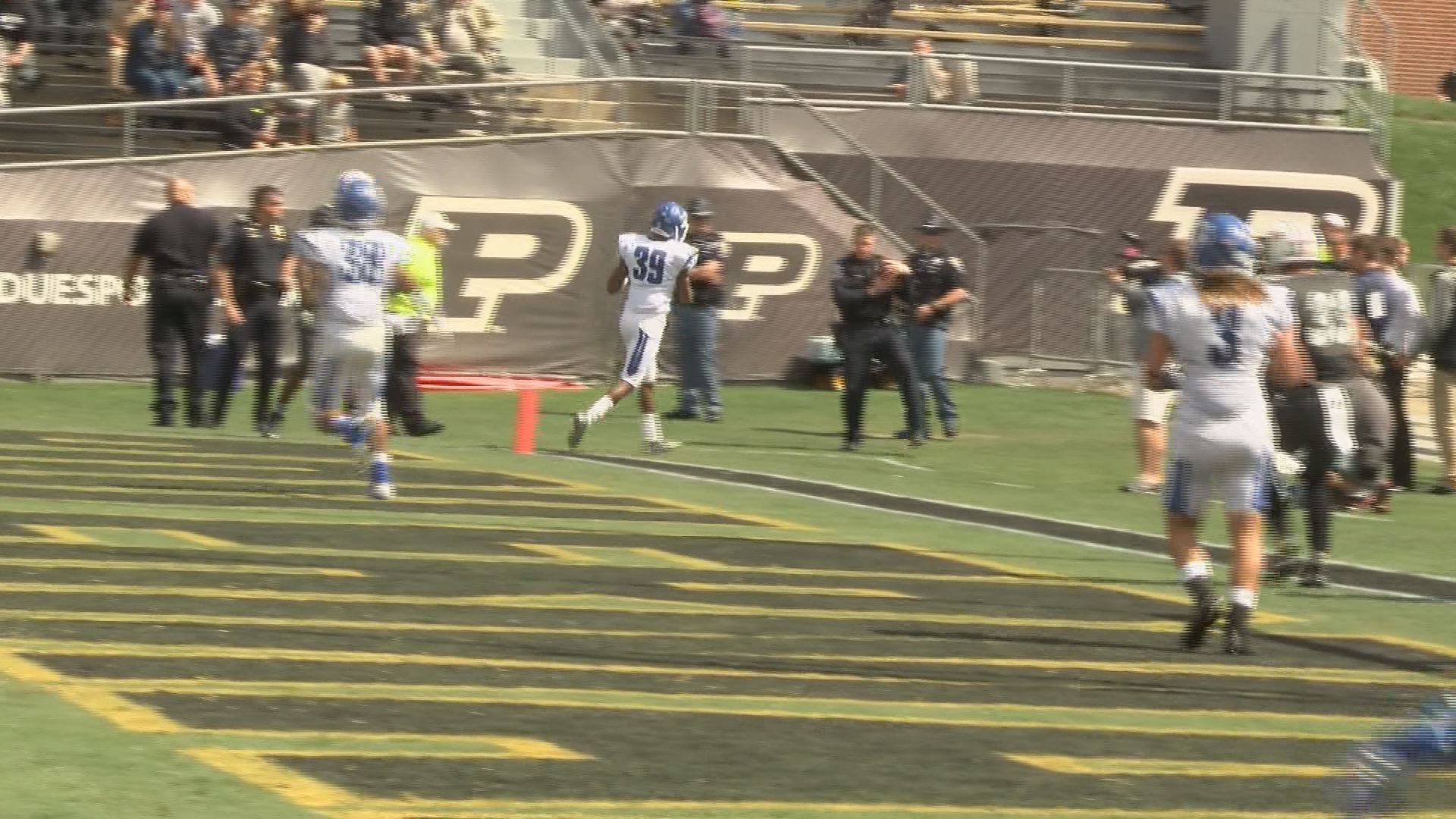 WEST LAFAYETTE, Ind. (WLFI) – A Lafayette police officer is catching some attention after catching a pass from Purdue’s quarterback during Saturday’s home opener.

“He just threw it and I knew it was coming right at me and I didn’t even move,” said Ofc. Scott Anderson.

Anderson is a K9 officer with the Lafayette Police Department. But when he’s not out patrolling the streets, he volunteers to work the sidelines at Purdue home football games.

“We provide security for the end zone there. Our job is to monitor their crowd,” explained Anderson.

Anderson has worked the games for several years. He said it’s a good way to interact with the public.

“They’re seeing us from a different point of view and most of our interaction during those games is very positive,” said Anderson.

While he keeps an eye for the crowds, he also keeps a close eye on the action on the field.

“I always try and keep an eye out, especially when they start creeping down towards whichever end zone I’m working at,” said Anderson.

During Saturday’s game against Indiana State University, he became part of the action. He caught a pass from Quarterback Austin Appleby in the third quarter. He said that calls for a celebration.

“You catch a ball in the end zone, you have to spike it,” said Anderson.