Officer trying to rescue kitten finds a bobcat instead 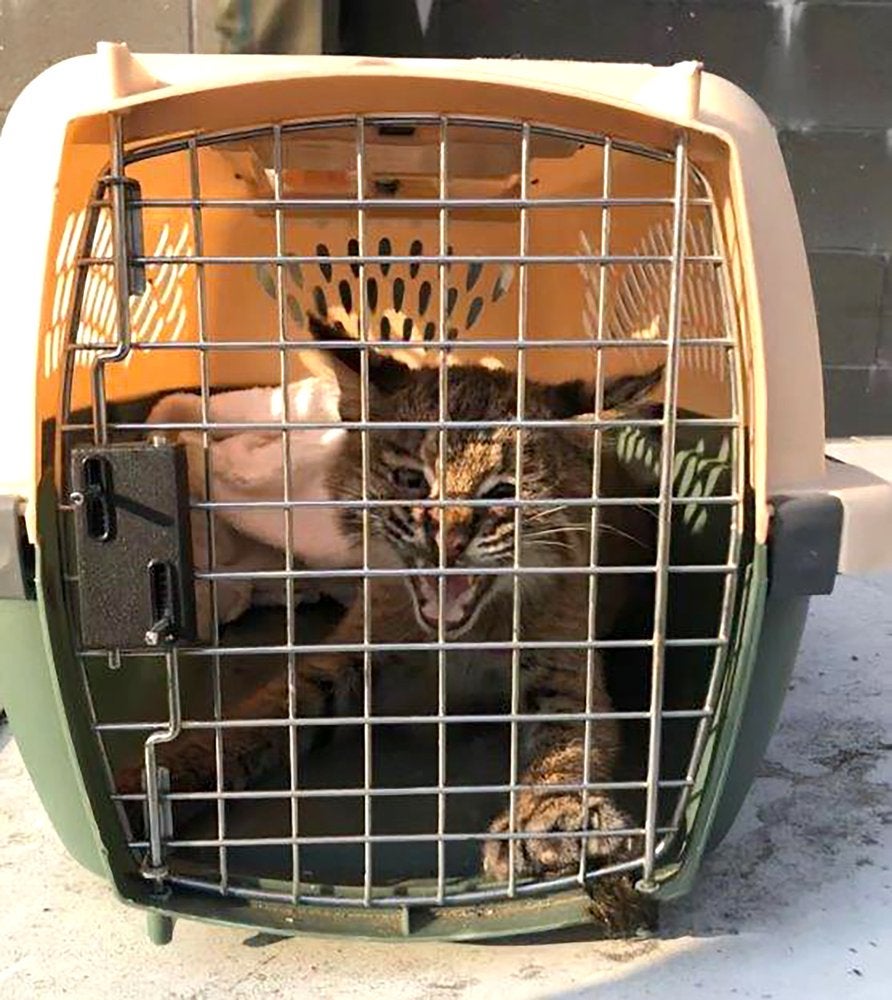 In this Saturday, July 29, 2019 photo provided by the Stratham Police Department, a bobcat rests in an animal crate, in Stratham, N.H. Stratham Police officer Matt Callahan said he was on patrol and saw the "kitten" run under a car. Callahan said that after realizing it was not a kitten, but instead a young bobcat, he called New Hampshire Fish and Game officers who captured the animal on the roof of a restaurant, put it into a crate, then released it at a wildlife refuge. (Matt Callahan/Stratham Police Department via AP)
by:
Posted: Jul 31, 2019 / 05:46 AM EST / Updated: Jul 31, 2019 / 05:46 AM EST

STRATHAM, N.H. (AP) — A New Hampshire police officer says the kitten he was trying to pick up in a parking lot turned out to be a bobcat, which then jumped onto the roof of a Burger King.

Stratham Officer Matt Callahan tells Seacoastonline.com he was on patrol Saturday and saw the “kitten” run under a car. It eventually climbed a tree near the restaurant.

Once Callahan realized he was dealing with a young bobcat, he called state Fish and Game officers.

He also stood in the drive-thru line to alert customers in case the bobcat decided to come down, but it climbed onto the roof and took a catnap.

Callahan says he and the conservation officer climbed up and put the bobcat in a crate. The bobcat was released at a wildlife refuge.