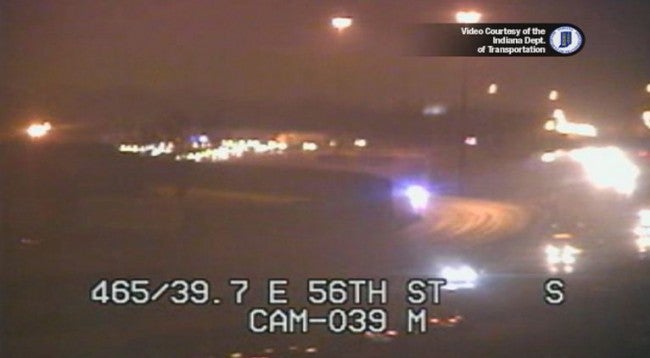 INDIANAPOLIS (WISH) – A police chase that started on the east side of the city made its way onto an Indianapolis interstate Tuesday night.

It happened around 9 p.m. Dispatchers with IMPD say the pursuit began near Strathmore, which is in the area of East 38th Street and North Mitthoeffer Road.

The chase lasted for several minutes before it got onto Interstate 465. Police say the suspect vehicle exited at 56th Street, where apprehension was made by officers.

Police say at some point during the pursuit, an officer’s vehicle was struck. It’s unclear if the suspect vehicle was the striking vehicle or not.

The officer whose vehicle was hit wasn’t hurt.

Dispatchers didn’t say if any lanes closures were in place while they responded to the scene.