Officers living in Whitestown wake up to find cars vandalized 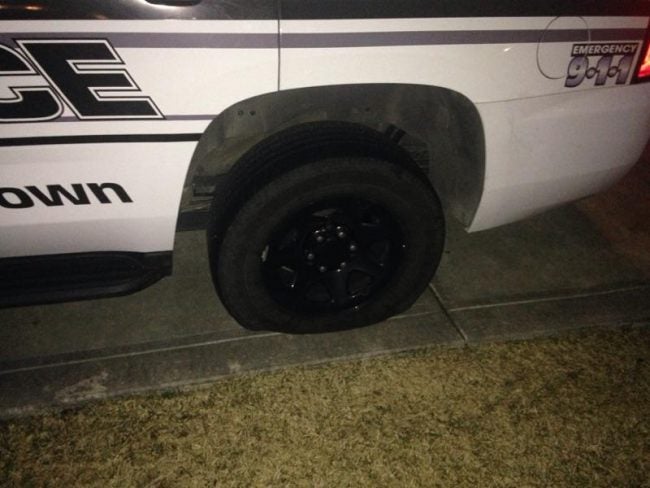 WHITESTOWN, Ind. (WISH) — Police officers living in a pair of Whitestown neighborhoods woke up to find their cars vandalized and tires slashed.

According to Whitestown officials, the officers work for departments in Whitestown, Westfield, Lebanon and Speedway and live in the Walker Farms and Harvest Park neighborhoods. Officials said the acts occurred between midnight and 6 a.m. Thursday.

One of the Whitestown officers had “F*** WPD” written onto a garage door. At least one vehicle window was broken and profanity was written in marker.

We are very disturbed and angry about this situation. Our residents are very, very respectful and supportive of all public safety agencies, including the Whitestown Police Department, and I’m sure I speak for them when I say that this will not be tolerated in Whitestown. And let me make very clear that we are working very, very hard to find however did this and insure that they are punished for doing so.”

The town is asking that residents of the neighborhood come forward if they saw anything suspicious or if they have video cameras on their property that may show the suspects.

Whitestown Police Chief Dennis Anderson has an idea on the type of person who committed this crime.

“I believe it is someone who has had an interaction with law enforcement in the last month or so, and has an ax to grind,” said Anderson.

Some residents in the subdivision were unaware of the vandalism until Thursday afternoon.

“That is a personal attack in my opinion,” said Armando Heredia, a resident.