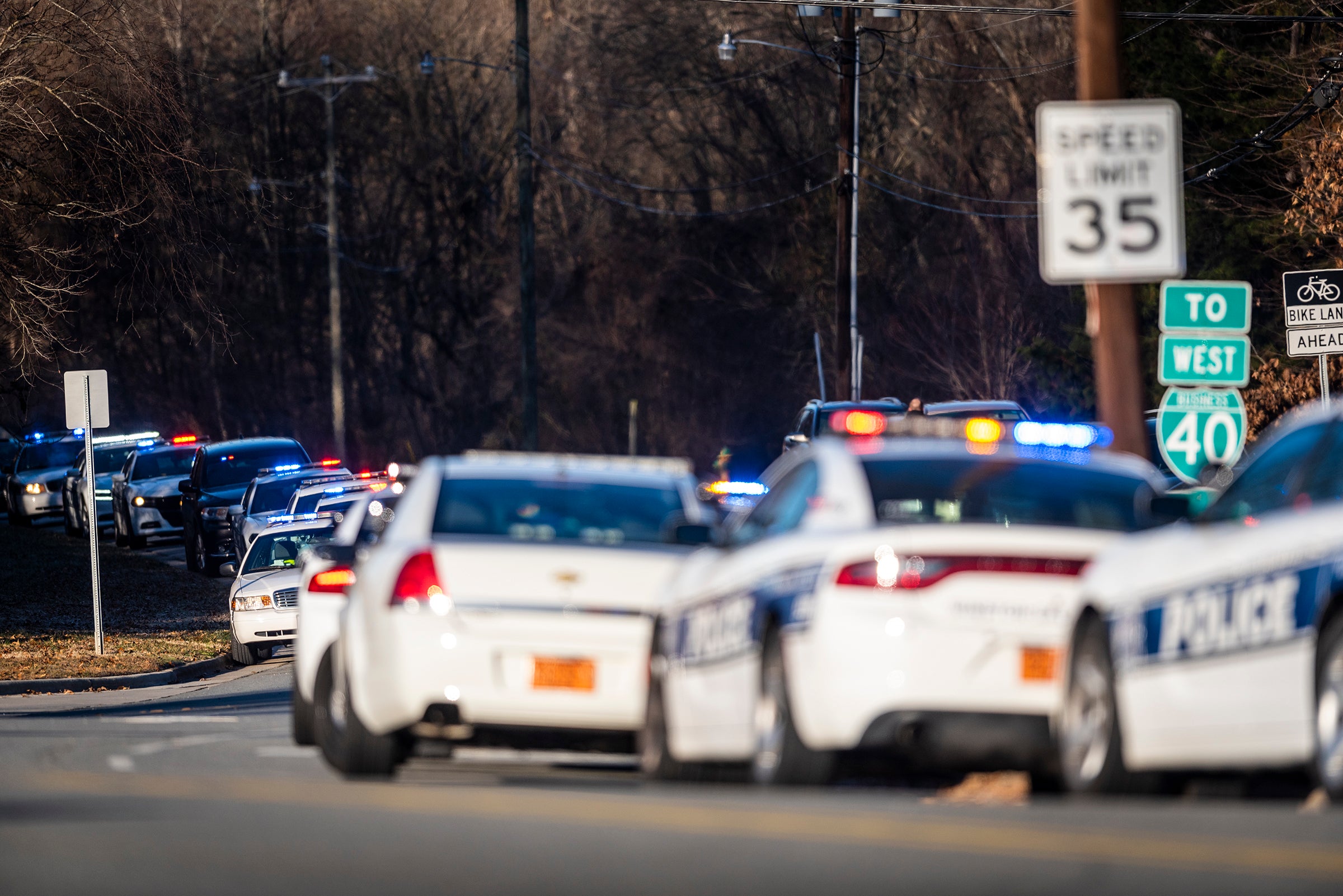 WINSTON-SALEM, N.C. (AP) — Two people were killed and two wounded Friday morning in a shooting at a government facility in North Carolina, according to city officials, who said they had stabilized the situation.

Winston-Salem City Manager Lee Garrity said in an email that two city employees are dead and two people are injured. He said the wounded have serious but not life-threatening injuries.

No other information about victims in the shooting at a Winston-Salem public works building would be released until a 2 p.m. EST news conference, Assistant Police Chief William Penn Jr. told reporters.

Sanitation worker Dwight Black, 66, was running five minutes late when he parked his car at the facility. He said he was about to swipe his card to enter the building when people ran past him.

“I didn’t know what was happening so I just kind of got out of the way until I could ascertain what was going on,” he added.

Black ran back to his car and said other people did the same and drove off. He said he just stood back and watched until police arrived.

Black said he was “kind of numb” after the shooting. “Everybody was devastated,” he said. “Tough day.”

Numerous police cars were on the scene in the late morning. Workers in the reflective gear worn by city sanitation workers were seen standing in a parking lot talking to each other. The scene outside the building appeared calm.

Herbert Martinez told local news outlets a coworker at the site ran out and told him someone was shooting inside the building east of downtown in the city about 245,000 people in the central part of the state. Martinez said he stayed in his truck and heard gunshots. He said he and the coworker ran and hid in a ditch, where they heard more gunshots.