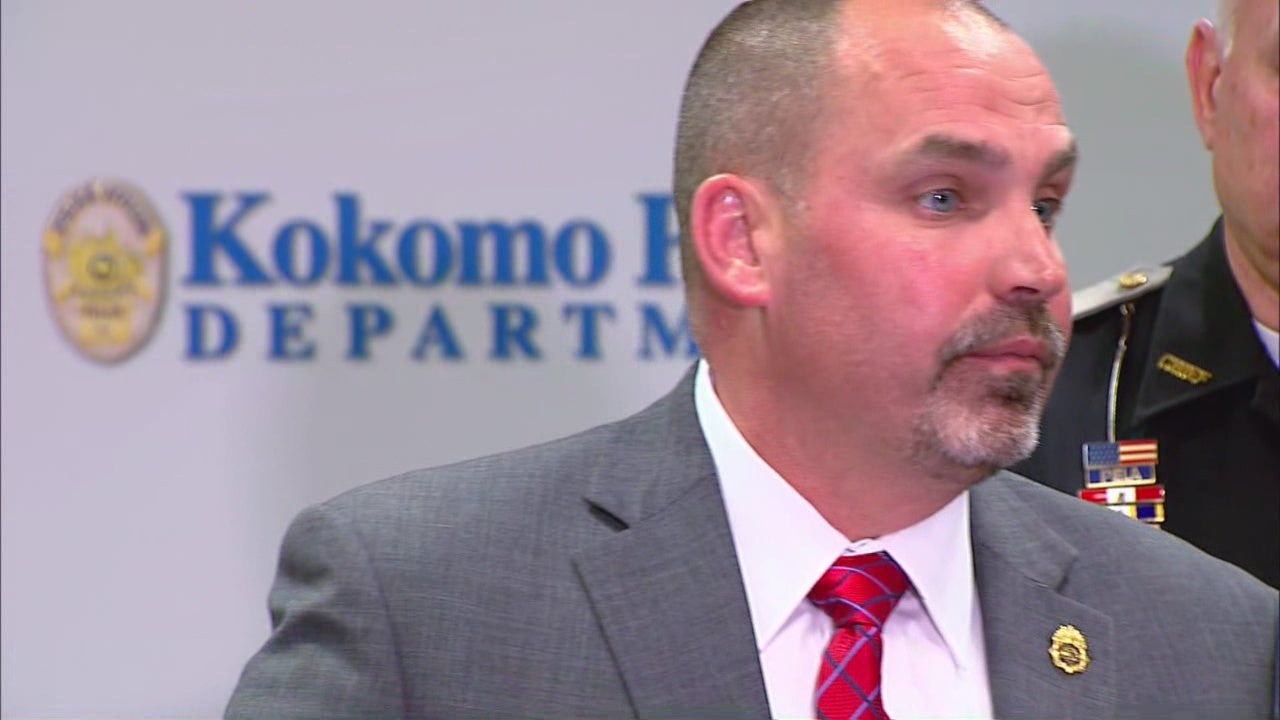 Authorities carried out the bust Tuesday morning; 130 agents, troopers, deputies and officers served warrants at 13 locations. The warrants were carried out in Kokomo, Indiana, and Macon, Georgia.

The warrants resulted in the confiscation of more than 17 pounds of methamphetamine, 2 pounds of cocaine, 2 ounces of heroin, 122 grams of fentanyl and 6 ounces of marijuana. Twelve vehicles, $37,000 and 24 firearms were also confiscated.

According to the U.S. Department of Justice, 15 people face preliminary federal charges in connection to the drug-trafficking organization, which was bringing large quantities of narcotics into Kokomo.

These people were taken into custody:

Federal authorities called it Operation Law and Order. They went in and dismantled a massive drug trafficking organization, operating not only in Kokomo but also in Indianapolis and Terre Haute.

There was one man in particular that investigators honed in on: Reggie Balentine,aka Pudge. He lived at 720 S. Courtland Ave. in Kokomo, a couple houses from a local resident Samantha Cunningham.

“There was two armored trucks, DEA, I saw those people. They were all carrying really big guns,” Cunningham said.

Cunningham said she and her brother were startled when a helicopter flying above their home shook it. They ran outside to see what was going on.

“He told my brother, get back, get back, yelling at him. My brother said he was so scared he thought he was just going to get on the floor,” she said.

Operation Law and Order got off to a good start as police arrested Pudge.

“Pudge was responsible for obtaining quantities of drugs, brining those drugs into the Kokomo area,” U.S. Attorney Josh Minkler said in the news conference Wednesday.

Minkler said Pudge got his drugs from Pierre Riley of Macon, Georgia. Investigators said they believe the drugs originated from a Mexican cartel. Authorities said Pudge would use others to help sell, hide and pickup the drugs. After being tipped off by Kokomo police, federal investigators began intercepting Pudge and his members’ calls.

Of the 15 people facing federal criminal charges, “They are not drug addicts,” Minkler said. “These are defendants that are charged that are making money. They’re making blood money off of drug addicts.”

It wasn’t just drug activity. In late February, Minkler said, Pudge was part of a plot to pay two others $7,500 to kill a man he believed stole from the organization.

“They hired two hit men from Georgia to come to Kokomo to have that individual killed,” Minkler said.

He added that the two suspects stayed in a Quality Inn, went to Walmart to purchase black clothing and had two semi-automatic firearms, a loaded 30-round magazine and $7,000 cash.

Police stopped it before it could happen.

Cunningham and other neighbors were grateful. “It’s finally time somebody stepped in and done stuff about it,” Cunningham said.