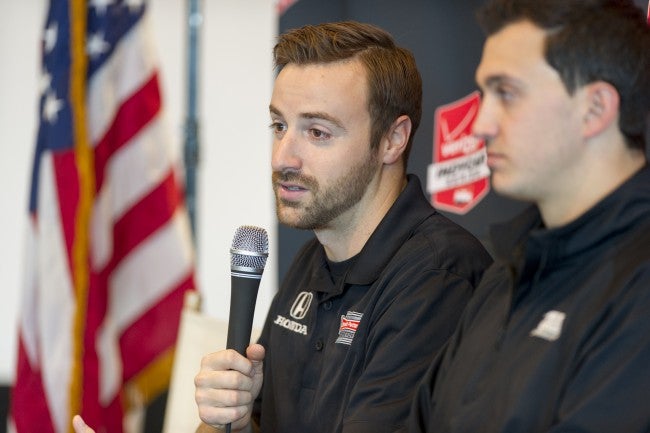 INDIANAPOLIS (WISH) — IndyCar driver James Hinchcliffe, who crashed during Indy 500 practice is out of the Intensive Care unit at IU Health Methodist.

Hinchcliffe’s car hit the wall and caught fire for a short period of time. At least one of his wheels came off and he flipped. The crash happened on Monday.

Medics quickly responded after Hinchcliffe didn’t get out of the car. Hinchcliffe was taken to IU Health Methodist Hospital. After surgery he was transferred to the ICU.

According to a release from IndyCar, Hinchcliffe is expect to make a full recovery from his injuries to his pelvic area and upper thigh.