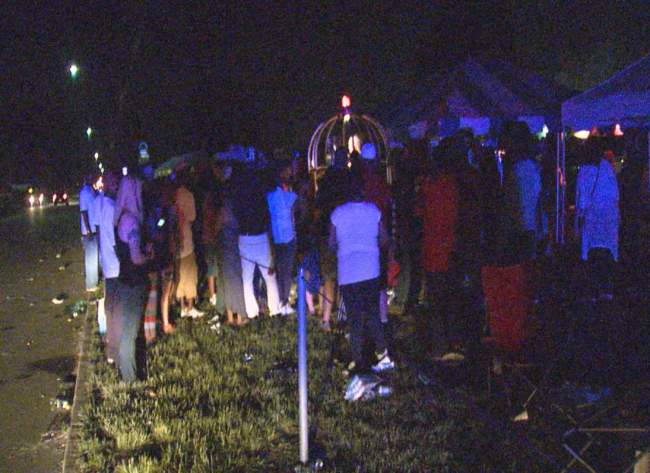 SPEEDWAY, Ind. (WISH) – Police, Fire and EMS workers were cautiously optimistic at 1 a.m. Sunday morning. After a shooting and a stabbing last year, new security measures including assigned wristbands for the RV lots seemed to help stop the violence.

Fans weren’t allowed into a RV camper lot unless you had a designated wristband and there was a 1 a.m. curfew in the lots.

Partiers obviously were everywhere and so were police. Patrols were on the roads as well as inside the Camper Lots. Security at the entrance of Lot 1-A said the wristband system was a good idea in theory but can’t be perfected

EMS reported few injuries mostly related to too much sun and dehydration as well as excessive use of alcohol. According to Indianapolis EMS PIO, Carl Rochelle some people were looked at for cuts and sprains.

“We’re a little bit lighter this evening than we have been in years past,” said Rochelle. “We’re seeing the same types of injuries. Since 7 p.m. we’ve had 10 calls for service with three transports so very calm.”

They also say weather was a factor. It was a little bit cooler and emergency responders say that could have played a role in the uneventful evening.