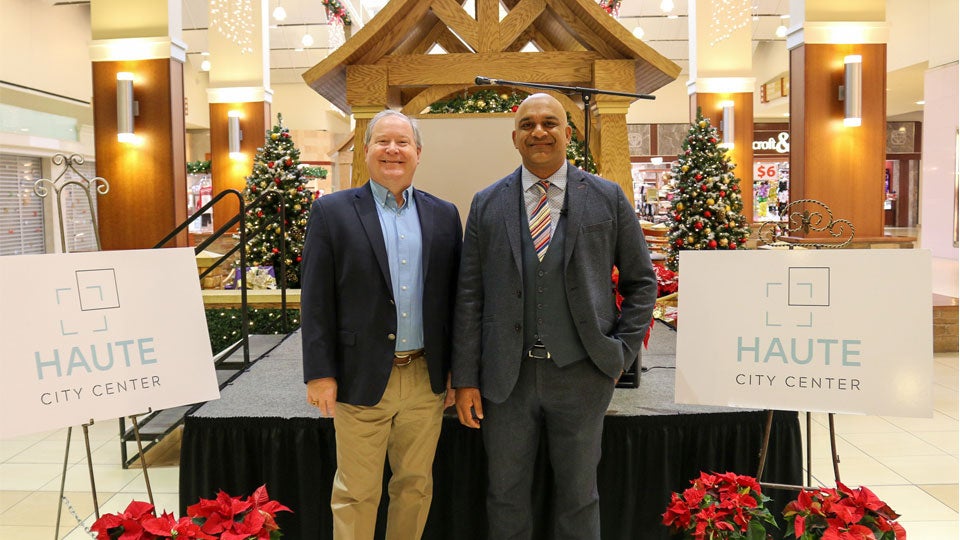 TERRE HAUTE, Ind. (Inside INdiana Business) — A new name and logo have been unveiled for what was formerly known as the Honey Creek Mall in Terre Haute. After closing a renaming contest that garnered more than 1,000 entries, the mall will move forward in the new year under the name Haute City Center.

Out of the Box Ventures, a subsidiary of Miami-based Lionheart Capital, purchased the facility in May and launched the Renaming Honey Creek contest in September.

Rachel Scott of Quincy won the renaming contest and Sherrie Hall of Terre Haute won the opportunity, based on her submission, to work on a logo design team to create a logo that reflected the new name of Haute City Center.

Officials say the final logo was chosen for its “modern and progressive representation of the growth and momentum of Terre Haute and the Wabash Valley.”

“Having the opportunity work alongside members of this community really allowed us to create a brand around what the community values. The sheer number of submissions indicates that citizens are bought-in to the Wabash Valley and the future of this facility,” said Trevor Barran of Out of the Box Ventures.