Officials: Text to 911 a valuable tool 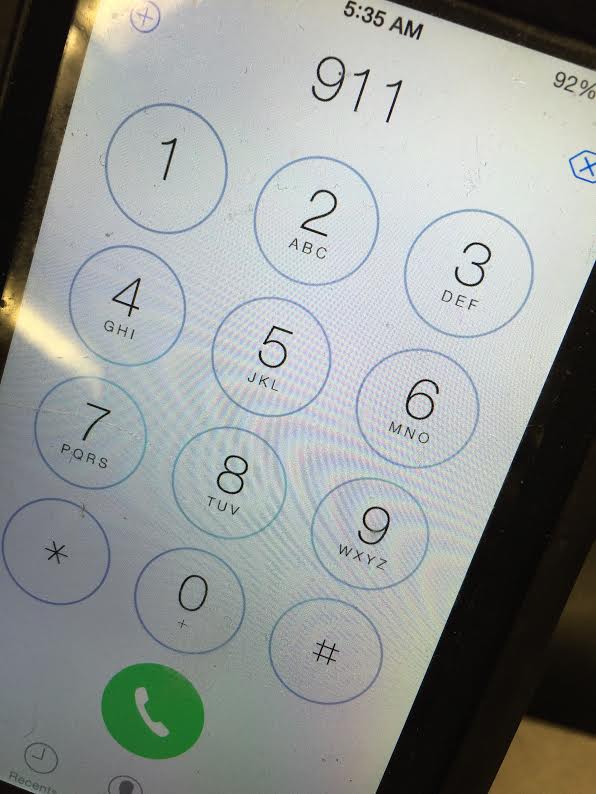 Here in Indiana, the state is taking the lead when it comes to texting to 911 in an emergency.

Since May of 2014, many Indiana counties have implemented the program, and it’s growing rapidly.

Officials say the public should only use the texting option when calling 911 isn’t an option.

Statewide 911 Board Executive Director Barry Ritter says currently, you can text 911 in 80 counties in Indiana.

In 88 counties, dispatchers can text you. Click here to see what capabilities your county currently has.

“Indiana leads the rest of the country in the size and capabilities of our wireless network,” said Ritter. “We also have the largest deployment of text capabilities in the country. We have always been positioned where we’re on the cutting edge of the services we can offer, for the best value of the citizens in the state.”

Ritter says he presented on Indiana’s text-TO-911 program in Washington D.C. this week, to other 911 professionals from around the country.

Bartholomew County was one of the first to implement the text-TO-911 program at its emergency operations center. The county was among five in Indiana selected to test the system even before its implementation.

“I’m very pleased as the director here with how this program has really started and taken off,” said Ed Reuter, Bartholomew County 911 Center Director. “A lot of folks around the country are going to be looking, and are looking at Indiana.”

They’ve made it their policy to first send a text when they get a 911 hang up from a wireless number.

“Especially with 911 hang ups, we can also use the textTTY system to send texts for people who’ve accidentally called 911, or have called 911 and immediately hung up because they’re in a dangerous situation,” said Michael Gorbett, a dispatcher with Bartholomew County.

Specifically, Reuter says they’ve had a couple domestic situations where a victim tried calling 911 and disconnected because they feared for their safety. Dispatchers were able to text back and forth with the victim, and send help where it was needed.

“If it’s one case in a thousand, it’s worth every penny of it,” said Reuter.

Reuter says they’ve also been able to text after losing a connection with a potential heart attack victim, and one dispatcher used Google Translate to respond fast to a Spanish-speaking caller.

“We’ve had text messages where an individual had observed a subject trying to sell methamphetamine’s to a 15 year old boy. He was in a position where he couldn’t say anything over the phone, but he made a text message into here to the operations center, and we were able to send police,” explained Reuter.

From May to December of 2014, Bartholomew County received 81 texts-TO-911, and dispatchers sent out 8,539 for wireless disconnects.

And, if you live in Indianapolis, you should be able to text-TO-911 by the end of the year.

Lt. Colonel Bart McAtee, Communications Division Commander for Marion County, said they just received the equipment for this, and are working to schedule the installation of the software.

He’d like to see outgoing texts from dispatchers to the public, responding to 911 hang up calls, before the end of March.

He says he’d like to see incoming texts by June, if possible.

Text to 911 is also only available from the four largest wireless carriers: Verizon, AT&T, T-Mobile and Sprint.

You will receive a bounce-back message if text to 911 is not available in your area.

“We always prefer a voice call over a text message. There is additional location information the 911 center receives in a voice call they do not receive with a text. So if it’s possible for you to make a call, please do so,” stressed Ritter.