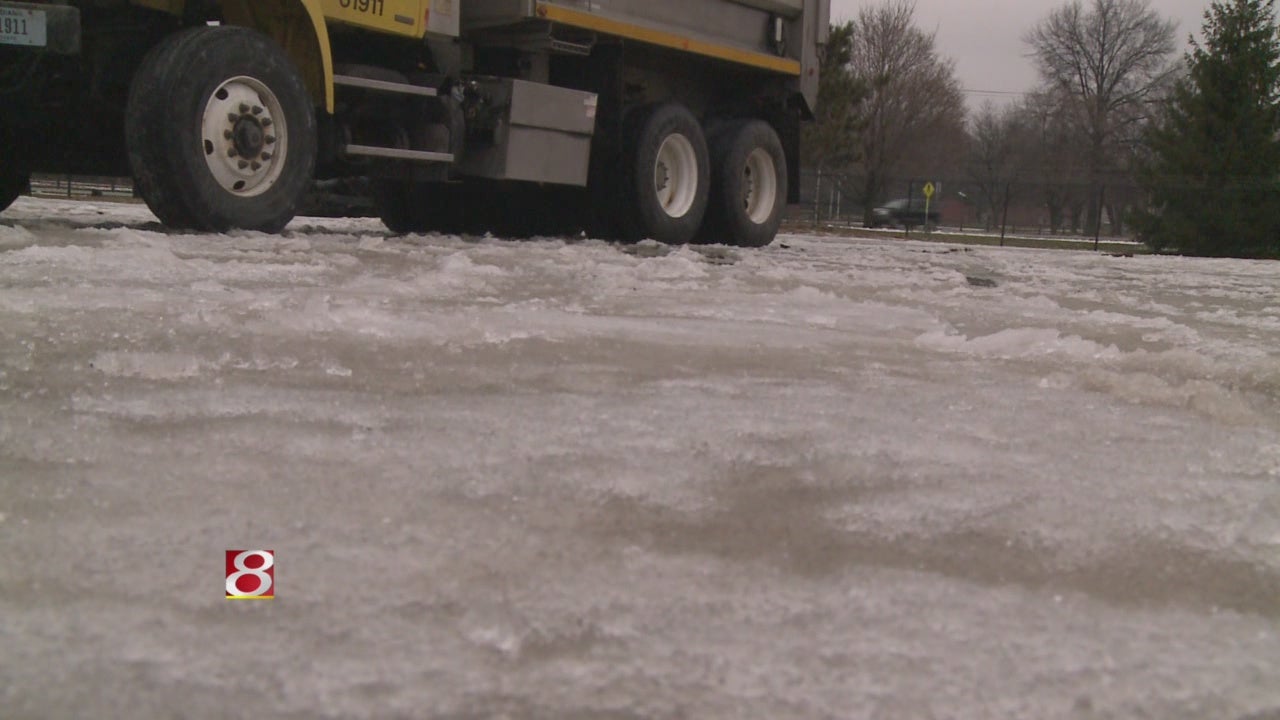 INDIANAPOLIS (WISH) – The worst of the weather may be over, but the slush left behind has officials worried about the roads re-freezing.

INDOT’s salt truck drivers spent Monday loading up and getting ready to keep the roads from re-freezing.

“These pavements are still wet, and unless they dry up, we’re going to be hitting some really cold pavement temperatures (Monday night,)” Harry Maginity with INDOT said.

INDOT still has its full force out treating the interstates and state highways. Between 100 and 120 drivers will be on the routes Monday evening.

“We’re hoping that the winds cooperate with us and dry up some of this wetness, but if we have any more precipitation with the pavement temperatures dropping we’re going to have the same situation of needing to treat with salt throughout the evening hours,” Maginity said.

The city’s Department of Public Works is also keeping a close eye on the roads, salting bridges and intersections and watching for any trouble spots that arise as the temperatures fall.

“I think this was a good workout for us,” Maginity said. “They have worked a couple of snow events and I think that we’re in better shape for the rest of the winter because of it.”