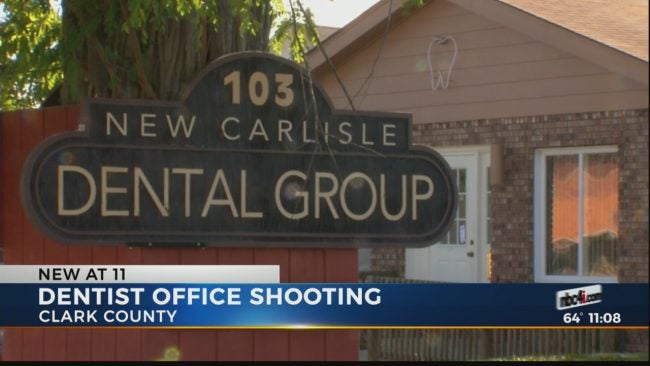 COLUMBUS (WCMH) – A New Carlisle, Ohio man is recovering after accidentally shooting himself during a dentist appointment.

72-year-old James White was under nitrous oxide at New Carlisle Dental Group when he thought he heard his phone ring, went to grab it, but accidentally grabbed his pistol and fired the weapon, sending a bullet through his hand and grazing his stomach.

No one else was injured in the incident.

“If you’re going to be put under nitrous, then you think twice about taking your gun into the dental office,” said a neighbor who lives near the dentist office.

White has his concealed carry permit and the dentist’s office has no signs asking carriers not to bring firearms into the facility.

“Going into a doctor’s office where you might be placed under some kind of medication, you might not want to carry a weapon in there,” said Sgt. Christina Evans-Fisher of the Clark County Sheriff’s Office. “Think of your safety and the safety of those around you.”

An employee of the New Carlisle Dental Group said the employees were “shaken up,” but also know it was absolutely an accident.