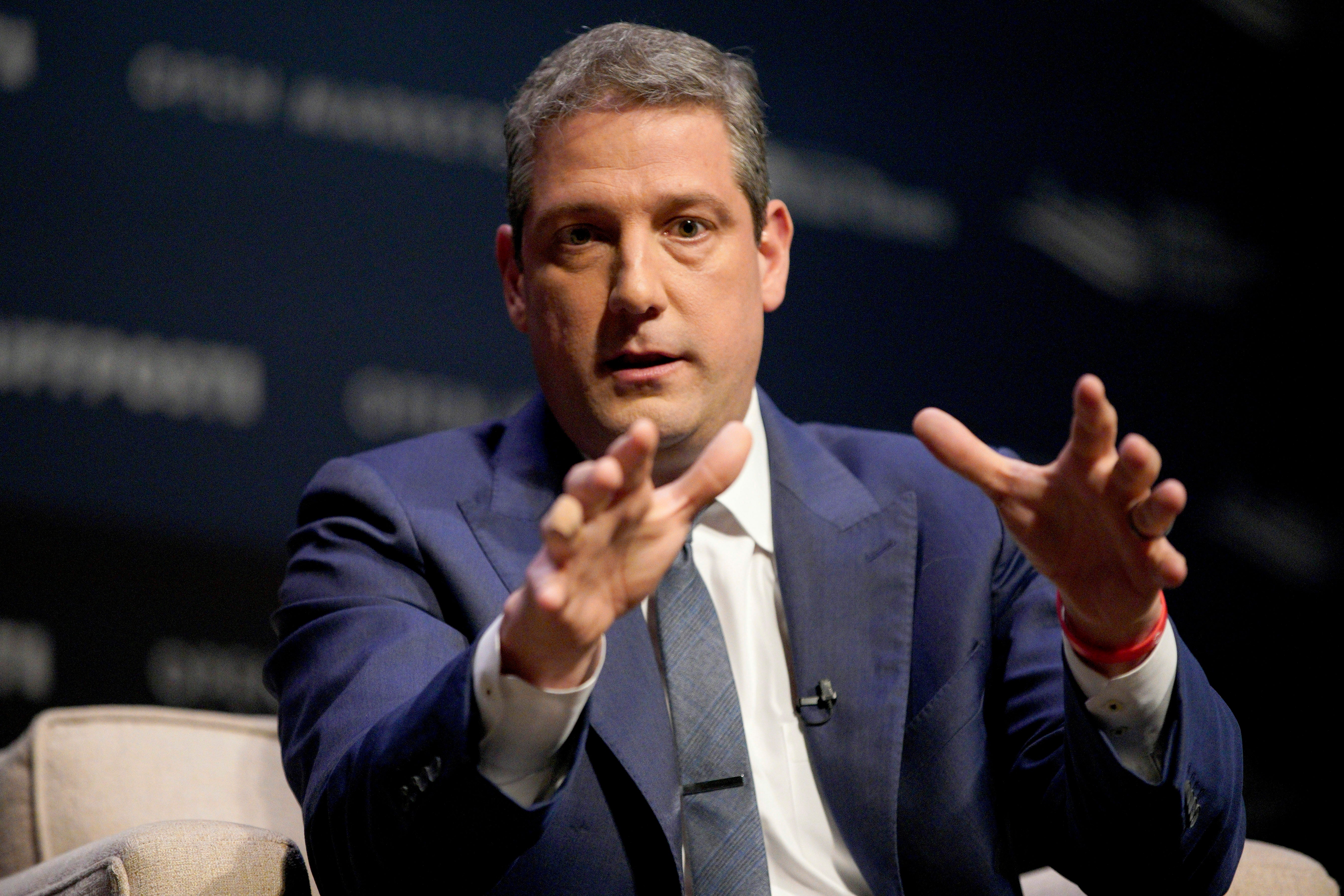 COLUMBUS, Ohio (AP) — Ohio Rep. Tim Ryan jumped into the 2020 presidential race on Thursday, portraying himself as a candidate who can bridge Democrats’ progressive and working class wings to win the White House.

Ryan, 45, announced his primary bid on ABC’s “The View.” He plans a kickoff rally on Saturday in downtown Youngstown, where a big turnout by organized labor is expected.

The congressman resisted being labeled a political centrist by the talk show’s hosts, who pointed out that he’s a recreational hunter with past backing from the National Rifle Association. In 2015, he reversed his past opposition to abortion in favor of abortion rights.

“I’m a progressive who knows how to talk to working class people, and I know how to get elected in working class districts, because, at the end of the day, the progressive agenda is what’s best for working families,” Ryan said.

During an unsuccessful bid to replace Nancy Pelosi as House Democratic leader in 2016, Ryan criticized the party for supporting leadership that represents the U.S. coasts at the expense of the middle of the country.

Ryan represents the district formerly held by the late Democratic Rep. Jim Traficant, for whom he worked. The blue collar area swung strongly for Donald Trump over Hillary Clinton in 2016.

Bringing those voters back into the fold will be critical in 2020, said Mahoning County Democratic Chairman David Betras. He said that Trump’s victory hinged on 77,000 working class votes in four states and that he had a “news flash” for the Democratic National Committee: “I’m willing to bet we’re going to win California and New York (with our current strategy), but can we win Michigan, Pennsylvania, Iowa, Wisconsin and Ohio? I’m not so sure,” he said.

The president of the Mahoning-Trumbull AFL-CIO Labor Council, Bill Padisak, said many of the lifelong Democratic voters in the area who defected to vote for Trump, a Republican, would return to the Democratic Party for the right candidate.

“It seemed more like an anti-Hillary vote (in 2016),” he said. “But based on the president’s performance, a lot of people regret it. They’re like, ‘No, this wasn’t what I wanted in a president.'”

Though the Iowa caucuses are still nine months away, Ryan is getting a late start on the grassroots fundraising that is necessary to qualify for the summer debate stages.

The Democratic National Committee is limiting those first two debates to 20 slots. To qualify, candidates must reach 1% support in at least three reputable early state or national polls or collect contributions from at least 65,000 donors, with a minimum of 200 each in 20 states.

Some Democratic donors are contributing to multiple candidates to help them make sure they don’t miss out on the debates. But that threshold is no guarantee in such a wide field. Missing the debate stage — and the opportunity to notch a standout moment or two alongside better-known candidates — would almost certainly doom a longshot candidacy for someone like Ryan.

Ryan has served in Congress since 2003. Before that, he spent two years in the state Senate.

“You can just add him to the long list of liberal candidates demanding government-run health care, and it underscores how radical and out of touch this Democratic field truly is,” he said.

AP writer Bill Barrow contributed to this report from Atlanta.