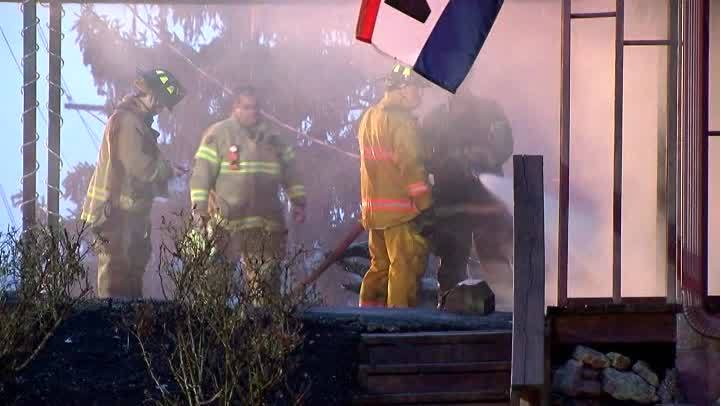 MANCHESTER, Ohio (CNN) — An iconic part of an Ohio community since the 1970s, the building housing Moyer Winery burned down early Thursday.

In 2018, Ken and Kimberly Smith bought the business and began renovations. The business employed 30 people.

Ken Smith said, “We’ll do everything we can to rebuild and reopen.”

After the fire, firefighters began unloading soggy cases of wine from the basement and salvaging the wine made on the property.

Smith said, “It’s very nice of them to do this. As we stand here today, this may be the last Moyer wine ever made.”

Manchester Fire Department Chief Rick Bowman remembered when Ken and Mary Moyer opened the winery and restaurant in 1973 about 50 miles southeast of Cincinnati.

“I was about 12 I think,” he said. “They lived in Manchester a long time up the street from me, I mowed their yard and delivered papers to them.”

Bowman said he was among the first to try Mary’s famous bean and bacon soup that is still on the menu.