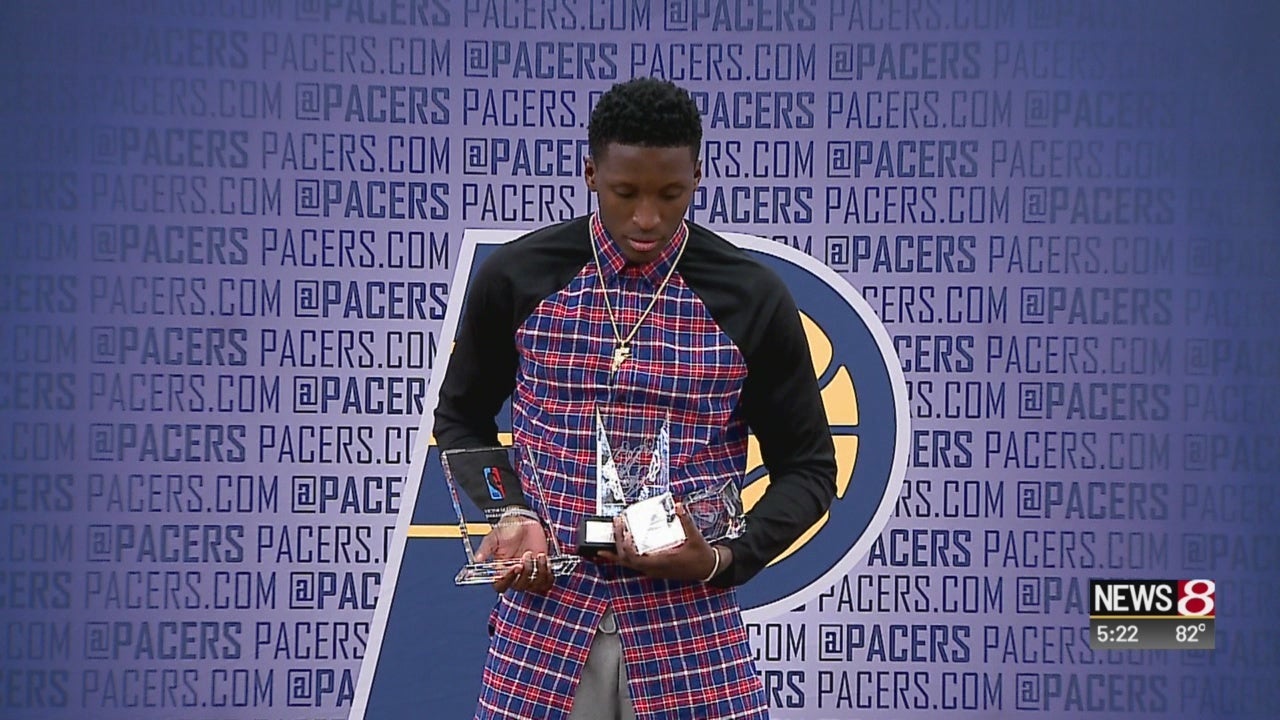 INDIANAPOLIS (WISH) — Nearly a year ago to the day of “the trade” Victor Oladipo spoke in front of Pacers staffers from all sects of the organization and bashfully recounted his haul from last season.

His first go around in Indiana is now littered with awards from NBA All-Star to All-Defensive First Team to the “backbone award” voted on by his Pacers teammates honoring the 26-year-old’s resolve.

“To be able to come back to Indiana and to have the year I had and be with this people that I am with and to be a part of this organization…I had no idea this was going to happen,” Oladipo said.

Monday night as Oladipo collected his hardware in style in California, his former Indiana University running mate Cody Zeller also took a stab at a red carpet look. Overalls, a straw hat and a background full of farm equipment did the trick for a viral post on twitter.

“I don’t know how he comes up with the stuff he does, I couldn’t pull the overalls off,” Oladipo said. “The hat and he had all the poses down and everything. He did a great job with that.”

With LeBron James’ future in Cleveland set to be decided in free agency in early July, the King’s departure would likely make the Pacers the favorites in the Central Division next season. Oladipo said he is open to picking up a phone to help the Pacers lure free agents to Indiana.

“The biggest thing I tell guys is we have created a culture here,” Oladipo said. “It is positive from bottom to top. I think that’s unique because I have never been apart of a team like that…If you want to be a part of something bigger than yourself, that then come to Indiana.”

The toughest phone call this week for Oladipo won’t be to a potential Pacer free agent. The call came Tuesday to now former teammate Lance Stephenson.

“He is in good spirit,” Oladipo said. “It was an honor and privilege to play with him. He’s my church brother. He will be alright.”