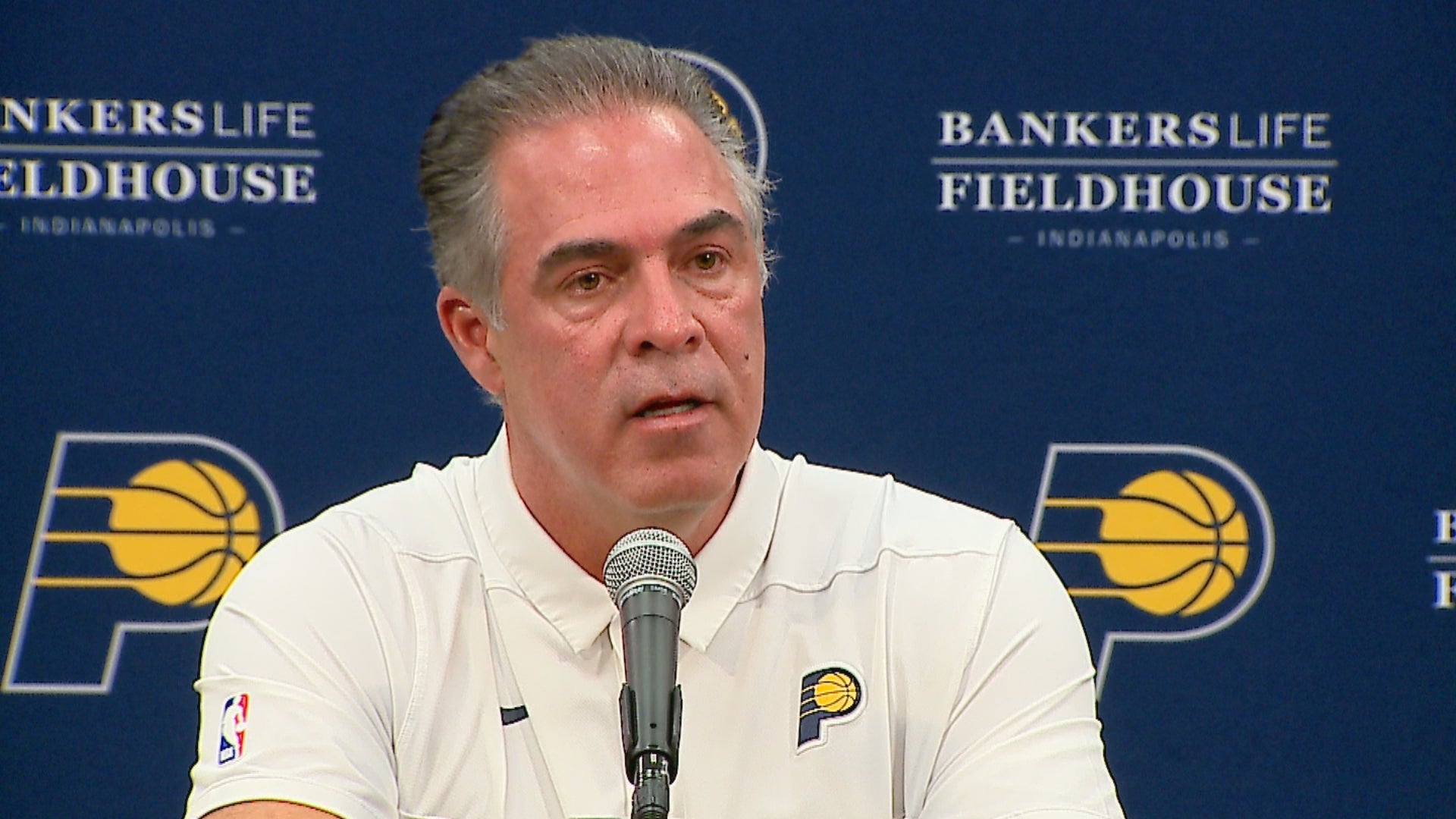 INDIANAPOLIS (WISH) — Excitement is great. Positivity is necessary. And hope, in April, is a foregone conclusion for the 24 NBA teams stuck watching the conference semifinals on the couch.

Indiana Pacers President Kevin Pritchard and Head Coach Nate McMillan delivered all of it Wednesday after a week-plus of silence following a “sour” sweep at the hands of Boston.

“I am more excited about the draft and free agency than I have ever been,” Pritchard said.

Seven members of last year’s Pacers team will be free agents. Pritchard will have $43 to $45 million in salary cap space at his disposal this offseason.

Let’s be clear. There was really no reason for real excitement Wednesday. Yes, pricey free agents will triple their bank accounts over the summer, maybe one here in Indianapolis, but the big announcement didn’t come down.

Victor Oladipo’s season-ending quad injury still doesn’t have a return date, and don’t expect that to change this summer.

“In Victor’s style he has promised to come back 200 to 300 percent of what he was,” Pritchard said.  “I remember leaving that dinner on Sunday saying, ‘We are going to be really good next year.'”

But, for the meat of the meeting: “When he is back next year? I am not sure yet,” Pritchard noted.

McMillan reiterated how proud he was of this year’s team. Left without their lone all-star, the team told him they wanted to chase down the No. 3 seed. A valiant run hit a miserable March schedule and the Pacers finished fifth, a solid achievement sans Oladipo.

Going forward, there is no use in getting tied up on which of the seven free agents may return to McMillan’s arsenal next season. The results next season ultimately hinge on one player.

“I kind of look at Victor being out. He is really the engine. He is the engine that helped us go,” McMillan said. “He is a very big part of this team and the things that we try to do out on the floor.”

Chemistry carried the Pacers the last two seasons, but that Celtics playoff series was a reminder to Pritchard that talent wins in the playoffs. Playing at a faster tempo and shooting more 3-pointers are two points of emphasis from McMillan.

The recruiting will fall on Pritchard, General Manager Chad Buchanan and their staff.

But, a tier of all-star caliber players will be worth serious consideration.

“We will go after them. We aren’t afraid and we are willing to think big,” Pritchard said. “It may happen, it may not happen.”

Domantas Sabonis starting alongside Myles Turner? That’s looks like it might be a good bet. As for the rest of the hoopla, “We are going to have to call audibles. This is the audible summer,” Pritchard said.

Don’t go snoozing this summer. It is time to roll the dice and see what happens.