On the campaign trail with US Senate candidate Mike Braun 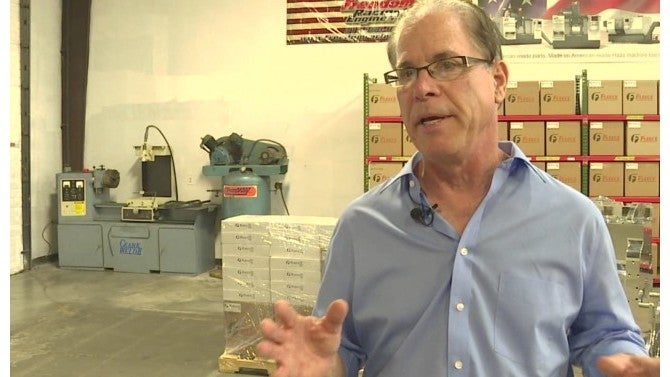 Braun on Thursday shared the stage with President Donald Trump in Evansville. On Tuesday morning, you could still see the boost that visit game Braun in his eyes.

“The whole evening was amazing,” Braun said. “It’s because I think he personifies, regardless of what you think of his style, the fact that business as usual in D.C. needs to change.”

The trip to Indiana was the president second for Braun.

“I think it’s a testament to how important Indiana is and trying to give us a better margin in the Senate for conservative values,” Braun said.

About the president’s visit to Indiana, Donnelly said Tuesday, “I was unable to watch President Trump’s rally as I was headed back to Washington for Sen. (John) McCain’s memorial services. We’re always happy to have President Trump in Indiana, but Hoosiers still want a senator who always puts them first before any politician or political party. They know that’s what I’ve been for them, and it’s what I’ll continue to be as their senator next year.”

Brayden Fleece, owner of the automotive parts engineering firm in Hendricks County, described the event at his business as “pretty exciting.”

Also generating some excitement Tuesday was the start of Kavanaugh’s confirmation hearing. Braun said, “I think the Democrats will try to do everything that can to delay it and maybe make it some type of side show.”

“I think when you get through the hearings, you’re gonna find he’s not going to legislate from the bench. He’s gonna interpret the Constitution and do it with conservative values in mind.”

“Joe has said time and again that his job as Senator includes thoroughly considering judicial nominations, including to the Supreme Court, and he’ll take the same meticulous and thoughtful approach that he has taken throughout his career. That includes listening to the opinions of Hoosiers on both sides of the aisle as he thoroughly reviews the record and qualifications of Judge Brett Kavanaugh.”

Election Day is Nov. 6. Hoosiers must be registered to vote by Oct. 9.