One dead in Allen County crash 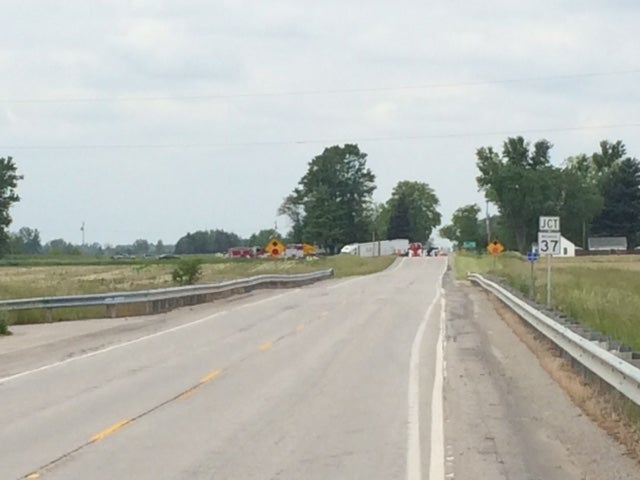 A red Chevy Cavalier was going south on SR 101 when it either failed to stop or stopped then pulled out into the path of a semi going west on SR 37, according to Allen County Sheriff’s Department Public Information Officer Steve Stone. The driver of the car was pronounced dead on the scene. The Allen County Coroner’s Office will release the identity of that driver. Police said the driver of the semi wasn’t injured.

This crash happened just south of where a crash involving a semi and a minivan took place on May 21 that killed two sisters.

Foust said some intersections have been deemed as “hot spots” by his office. Those intersections are monitored and at times, Foust will talk with the road owner – a city, state, or federal department – to see what can be done to reduce crashes.

“What we look for is where those trends are occurring more frequently,” Foust said. “Is it a sight-distance issue or a speed-related issue? We may decide to try to get more law enforcement at a spot to try to get drivers to go slower or we may look at redesigning that part of a road.”

Foust added that S.R. 101 is a unique road as it not only has passenger vehicles, but also has a high number of commercial trucks and Amish buggies traveling on it, too.