One dead, one in critical after Fountain Square house fire 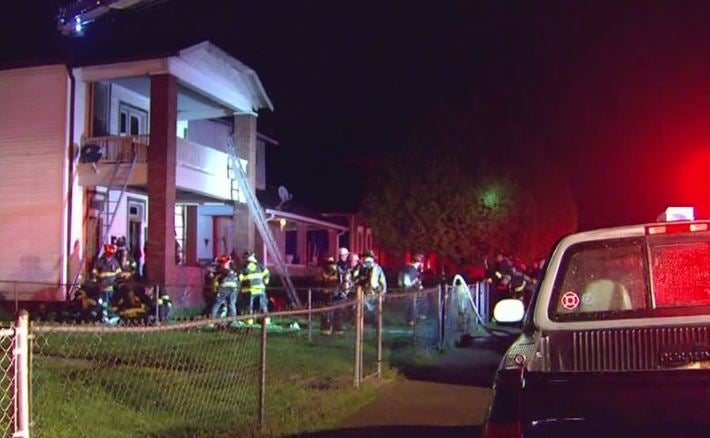 INDIANAPOLIS (WISH) — One person is dead and another is in critical condition following a fire at a  Fountain Square home early Tuesday morning.

Fire crews responded to the 1400 block of Pleasant Street around 1:15 a.m., according to an Indianapolis Fire Department media release.

The Indianapolis Fire Department later said 50-year-old Shirley Allen died as a result of her injuries.

A Allen and the 54-year-old man both had to be pulled out of the house. The man was revived with CPR before being rushed to Sidney and Lois Eskenazi Hospital. The woman later succumbed to her injuries at the hospital.

Two dogs were also rescued and revived by medics. One, named Baby Girl, ran away from the scene.

The fire was under control by 1:35 a.m., but it leaves behind $30,000 in damage, IFD said. There were no working smoke alarms in the structure.

The home is split into upstairs and downstairs apartments. Officials say the fire began in a downstairs room occupied by the man and woman.

A man and woman living on the top floor escaped without injury.

It’s unclear what sparked the flames.