One in custody after deer hit by car and set on fire, authorities searching for second suspect 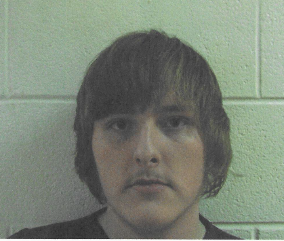 FULTON COUNTY, Ind. (WISH) – Police have arrested one man, but are searching for a second suspect after a deer was hit by a car and set on fire.

According to the Fulton County Sheriff’s Department, 18-year-old Christopher Hodges and 20-year-old Mark Shepherd are charged with a single count of torturing or mutilating a vertebrate animal, a level 6 felony.

Hodges is currently in the Fulton County Jail but Shepherd is not in custody and has a warrant for his arrest.

On Feb. 16 a passerby discovered a deer that had been hit by a car and set on fire at the intersection of State Road 25 and County Road 400.

When authorities arrived at the scene, they put the deer out of its misery after it was still smoldering.

During the investigation, it is believed that Hodges and Shepherd struck the deer and then turned around where they found it still alive. According to police, they poured gasoline on the deer, set it on fire and left the scene.