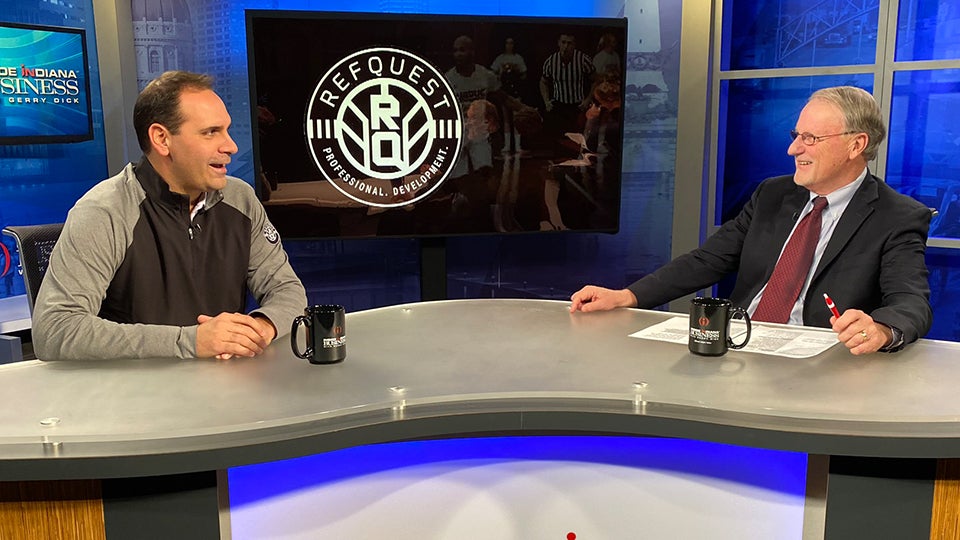 INDIANAPOLIS (Inside INdiana Business) — A well-known collegiate basketball referee from Indianapolis has developed an online tool designed to help up-and-coming officials. Bo Boroski says RefQuest provides a collaborative platform that allows referees and supervisors to analyze video clips and provide feedback on plays and calls during games. RefQuest recently signed a deal with the IHSAA, bringing the platform to some 3,300 referees.

In an interview with Inside INdiana Business sports contributor Bill Benner, Boroski said the tool stems from a need to find a better way to teach and train officials.

“We just wanted a way to provide a platform for collaboration,” said Boroski. “So we connect supervisors with officials, officials with each other, and officials back with their supervisor, all done privately. It’s all video clip based; so as a supervisor of a small college league here in Indiana, I can send one official, an entire crew of three, or an entire staff and get feedback and communication with them.”

RefQuest is used at high school athletic associations in five states and in 80 collegiate conferences throughout the country.

Boroski says RefQuest aims to improve recruitment and retention of officials as well. “Officials in their 20s and 30s, though they’re willing communicators, they absolutely want to have a technology platform and they think this will keep them engaged and we believe that, too.”

RefQuest will soon move beyond basketball. Boroski says next spring, the platform will move into seven other sports for the 2020 competition season, including soccer, lacrosse and volleyball.

“The bottom line to it is, content is available in those sports and we want to offer our platform for those officials as well.”